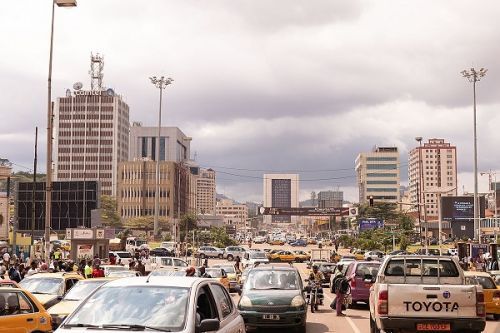 Luc Messi Atangana, the Mayor of Yaoundé, recently announced in a statement that the city hall will soon install sensors to monitor and control air pollution across the capital. “The initiative is to control health risks related to the presence of fine particles in the air,” Mr. Atangana said.

The project will help the mayor's office to establish a pollution diagnosis and then set up a more effective short-term solution to the issue.  The mayor invited the population, especially the owners of vehicles and buildings along the main roads in particular, to allow the installation of pollution sensors and to welcome the investigators to ensure the smooth running of this project, which aims to improve air quality.

“These vehicles (...) have environmental pollution levels that do not meet acceptable standards. In Europe, according to the "Euro 6" standard, in force since September 1, 2015, nitrogen oxide emissions from diesel-powered passenger cars are limited to 80 mg/km, a reduction of more than 50% compared to the Euro 5 standard. The combined emissions of hydrocarbons and nitrogen oxides from diesel vehicles are limited to 170 mg/km,” according to the document.

Vehicles put on the market are required to meet these standards otherwise they cannot be registered, sold or put into service in the Member States of the Union. But Cameroon still struggles to follow these recommendations.

It should be noted that at the 21st Conference of the Parties (COP21), held in 2015 in Paris (France), the Cameroonian government committed itself to reduce greenhouse gas emissions by 32% by 2035.