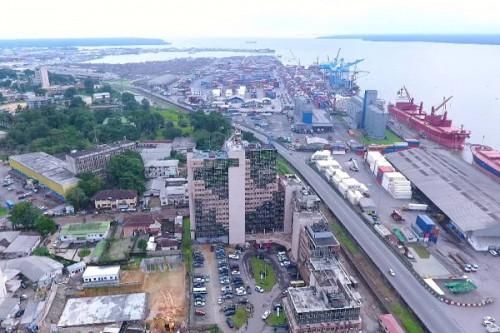 Port of Douala: PAD and Lazare Atou clash over the multi-billion assets under management

On August 18, 2021, Cyrus Ngo’o, director-general of the Port Authority of Douala (PAD), was summoned before the special criminal court of Yaoundé (TCS). Officially, the senior official was summoned because of the misappropriation of funds during a special procurement contract in 2018. However, this supposed fund misappropriation case is just the apparent side of a power struggle for the management of the assets of three former state-owned companies. The companies are namely Office national des ports du Cameroun (ONPC, replaced by the PAD), the Office national de commercialisation des produits de base (ONCPB), and Régie nationale des chemins de fer du Cameroun (RNCF or Regifercam) whose cumulated assets are estimated by sources close to the case at some XAF100 billion.

The court procedure started because of a denunciation letter sent by Lazare Atou, founder of the consulting firm Atou that has been managing the assets of the said three former public companies for over ten years now.  In a briefing note published on August 20, 2021, the PAD communication department considers this denunciation as a  "punitive response" to Mr. Cyrus Ngo’o’s persistence to get the PAD appointed as the authority in charge of the management of those three former public companies while the Atou consulting firm is claiming to be its administrator.

Interviewed after his appearance before the TCS, Lazare Atou was discreet and evasive about the reasons that motivated his actions but he did reckon that he signed the written correspondence that prompted the investigation. For him, Cyrus Ngo’o is just trying to get the former public companies’ assets under the PAD to cover up for the over XAF53 billion misappropriated in the framework of the procurement contract for elaboration and implementation of the special procurement market of April 13, 2018, aimed at securing and the Port of Douala-Bonaberi and controlling access to the port premises.

The denunciation letter was sent just days after a crucial decision that could end the power struggles ongoing for decades now over the management of the assets of ONPC, ONCPB, and Regifercam, thus affecting government solidarity. On June 2, 2021, Ferdinand Ngoh Ngoh, secretary-general of the Presidency of the Republic, instructed Cyrus Ngo’o to immediately initiate procedures for the restitution of ONPC’s remaining assets to the PAD.

In that regard, on July 2, 2021, Ferdinand Ngoh Ngoh sent a correspondence to Minister of Land Affairs Henri Eyebe Ayissi conveying "high instructions" from the President of the Republic ordering the rescindment of the land certificate N°1023/W established by Atou on port public property on behalf of the ONCPB.

The general secretary of the Presidency of the Republic also asked to collaborate with the Ministry of Finance for relevant measures to return the remaining assets of the ONPC to the Port of Douala and take back the lands formerly conceded to RNCF and ONCPB into state private property.

"You are also invited to take the various steps allowed by your mandate for the quick implementation of the high instructions given to the Minister of Finance by the Head of the State, prescribing an end, as soon as possible, to the mandate given to Cabinet Atou over the management of the remaining assets of RNCF, ONPC, and ONCPB, "  Ferdinand Ngoh Ngoh wrote in his letter to Henri Eyebe Ayissi

On July 22, 2021, Ferdinand Ngoh Ngoh sent another correspondence to the Minister of Finance Louis Paul Motaze about the end of Cabinet Atou’s mandate as the manager of the remaining assets of  RNCF, ONPC, and ONCPB. In the correspondence, he asked  Louis Paul Motaze to transmit, within seven to eight days, the measures taken for the implementation of the President of the Republic’s high instructions for the transfer of those assets to the PAD.

On July 13, 2021, as a response to the decisions conveyed by Ferdinand Ngoh Ngoh on July 2, 2021, Lazare Atou sent an informal appeal to the secretary-general of the Presidency of the Republic. In half-concealed terms, he accused Ferdinand Ngoh Ngoh of issuing decisions based on lies spread by executives at the Port Authority of Douala.  "I did not expect you to pick those lies (…) which motivated you to make use of the revered formula ‘on very high instructions of the President of the Republic’ to instruct several officials about matters concerning my firm… ,"  he wrote.

He also reminded Ferdinand Ngoh Ngoh that on June 24, 2021, he sent a correspondence to Cabinet Atou disputing the authenticity of the very high instructions of the President of the Republic conveyed on May 26, 2021, by another government official authorized to use that "sacred formula". Also, he pointed out that the secretary-general of the Presidency of the Republic’s various decisions ordering the end of Cabinet Atou’s mandate over the management of the said assets and the transfer of those assets to the PAD are outright unlawful since they violate provisions of the law of July 12, 2017, on the General Statute on Public Establishments.

Then, he warned Ferdinand Ngoh Ngoh that per the President of the Republic’s general instruction of June 4, 1998, on government operations, all the unlawful instructions are null and void even if they are issued on behalf of the President of the Republic. Thus the parties issuing the decision and the parties implementing it will be the only ones to blame should they take those decisions into account.

The disrespectful tone used by Lazare Atou in his letter to the secretary-general of the Presidency of the Republic is certainly motivated by the influential supporters he has in the government. He did not mention a name but in his correspondence, he somehow boasted of that support. According to a source who claims to have first-hand information on the case, those supporters could include  Samuel Mvondo Ayolo, Deputy Director of the Civil Cabinet of the Presidency of the Republic, or Minister of State Laurent Esso reputed to be a very close friend to Lazare Atou.

In the past, almost all of the officials who questioned Lazare Atou’s mandate in the management of the disputed assets were humiliated. For instance, noticing that the state was gaining nothing from the management of those assets, former Finance Minister Polycarpe Abah Abah rescinded the controversial mandate he gave to Cabinet Atou. He even launched legal proceedings against Cabinet Atou for illegal sales of the three former public companies’ assets. All to no avail. His successor Essimi Menye went further by mandating another firm to manage those assets. However, Laurent Esso who was then general secretary of the Presidency of the Republic prevented that choice and returned the mandate to Cabinet Atou, whose promoter narrowly escaped a jail sentence.

However, recent developments hint that this could be the time for Cabinet Atou to be held accountable. The 15th meeting of the committee in charge of the reconstruction of the port public domain in Cameroon is being held today August 26, 2021. During the meeting, participants will discuss the conditions under which the remaining assets of ONPC will be restituted to the PAD as well as the transfer method.

The presidential decree of January 24, 2019, reorganizing the PAD also provides that the state will transfer the properties and assets of the ONPC located at the port of Douala-Bonaberi to the PAD. The decree also lists those assets like the ONPC’s properties built on premises under the PAD jurisdiction.