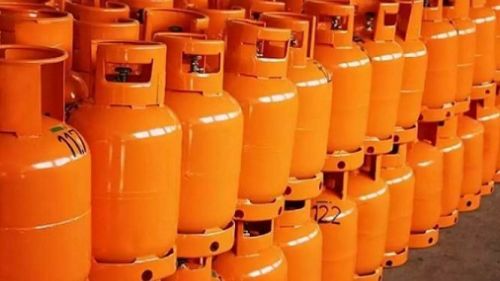 On September 28, Minister of Commerce (MINCOMMERCE) Luc Magloire Mbarga Atangana denied persisting social media rumors that claimed prices of cooking gas will rise on October 1, 2021.  "An alleged information shared on social media reports the price of a cylinder of domestic gas would rise on October 1. For some people, it will rise to XAF7,300 and others claim the price will rise to XAF7,310. The MINCOMMERCE strongly denies this fake information, published to manipulate the public opinion for undisclosed purposes," the official informs.

He further stated that the retailing price of 12.5-kg gas cylinders will remain unchanged at XAF6,500.

The last time the price of domestic gas was increased in Cameroon dates back to July 2014.  The price of the 12.5-kg cylinder mostly used by households rose from XAF6,000 to 6,500.

The rumors about a coming hike in the prices of cooking gas come in a context of a general increase in prices in every local market.

"Since the onset of the Covid-19 pandemic, we have been experiencing unprecedented deregulation of international supply chains. This deregulation is notably characterized by reduced product availability (...) worsened by a sharp rise in factor costs," the MINCOMMERCE told the government daily Cameroon Tribune last September 14.

According to the official, the adjustment of some commodity prices is inevitable. "Other price adjustments are (...) not to be ruled out in the future, especially in the construction materials sector, where the last adjustment happened over ten years ago in a different context," he said.