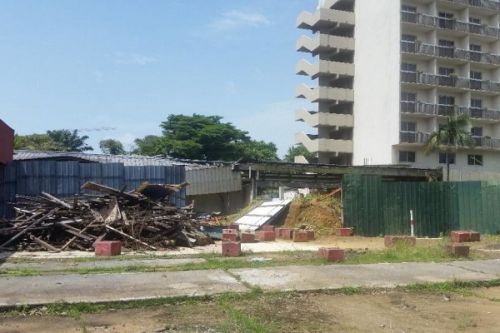 For weeks now, the Supreme State Audit Office has been auditing the management of Sawa Hotel Douala from January 1, 2010, to December 31, 2019.  In a letter dated May 17, 2021, the head of the audit mission asked Pierre Moiffo, who is the 11-year long director of that public state-owned hotel, to release the accounting records of that hotel.

The mission is particularly interested in a project aimed at building a new restaurant to boost the hotel’s capacities in preparation for the AFCON to be hosted by Cameroon. The works estimated at XAF4.2 billion were entrusted to Asquini Encorad Cameroun. The company launched construction works in mid-2018 but the works were later suspended.

The explanation provided by the management was that the contractor did not have the financial capacities required to build the restaurants. However, according to an internal source within the hotel, Asquini Encorad paid 20% of the construction costs as security bonds, as required by the law.

The contractor also paid the performance security deposit to start the works. “We thought the company had the financial resources to complete the project. It legally won the contract after a call for tenders," a hotel executive says.

Another internal source believes that the problem came from the project owner, which failed to settle the contractor for works already carried out even though another executive claims that Asquini Encorad had several debts that were affecting its works on the construction site.

The management of Asquini Encorad Cameroun declined to officially comment on the claims about its failure to fulfill its contractual agreement despite the instructions of  Michel Ngapanoun, its President and CEO.