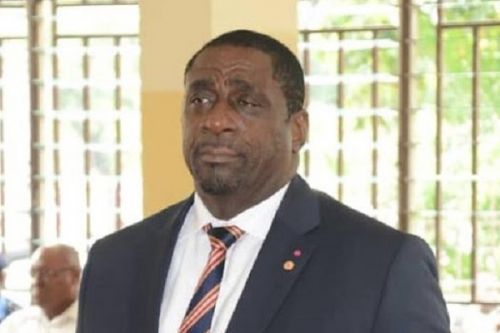 On Friday, January 28, Roger Mbassa Ndine (photo), mayor of the city of Douala expressed his "disappointment" over the CAF decision to relocate AFCON2021 matches scheduled at the Japoma stadium.

"We are extremely disappointed by this decision taken by the CAF. I think it is harsh on our city and the efforts we made in the framework of this competition,” he told  Stop Bla Bla Cam.

"There were complaints, notably from a coach. We are surprised that a serious decision could be issued based just on that despite the efforts we made to host everyone, including the CAF delegation that chose to stay in Douala,” he added.

Douala invested colossal amounts in infrastructure and land development in the framework of that football event. "The city alone has already invested around XAF3 or 4 billion. The construction of some of the sites launched in the framework of the AFCON will continue even after the competition. Some contracts began before the AFCON and others will continue even after. The AFCON offered us an opportunity to accelerate the modernization of the city,” the mayor indicated.

The CAF's decision to relocate the quarter-final and semi-final matches scheduled at Japoma stadium to the Ahmadou Ahidjo Stadium (Yaoundé) will have economic consequences.

Indeed, for some people (notably in the tertiary sector that was most affected by Covid-19), the AFCON is an opportunity to gain more clients. Hotels, for instance, had already planned to host many people for a longer period. With the relocation, they will surely lose part of that client base

The city’s image could also be affected. “Our goal is to show the world that Douala is an attractive city, a city where they can invest. That is why we have deployed a lot of imagination on all fronts to make the city more attractive. What is the impact of this decision? It is too early to say, but we know it will have a negative impact, especially on the image of the city," the mayor estimates.