No, Bambili teacher training college has not been attacked recently 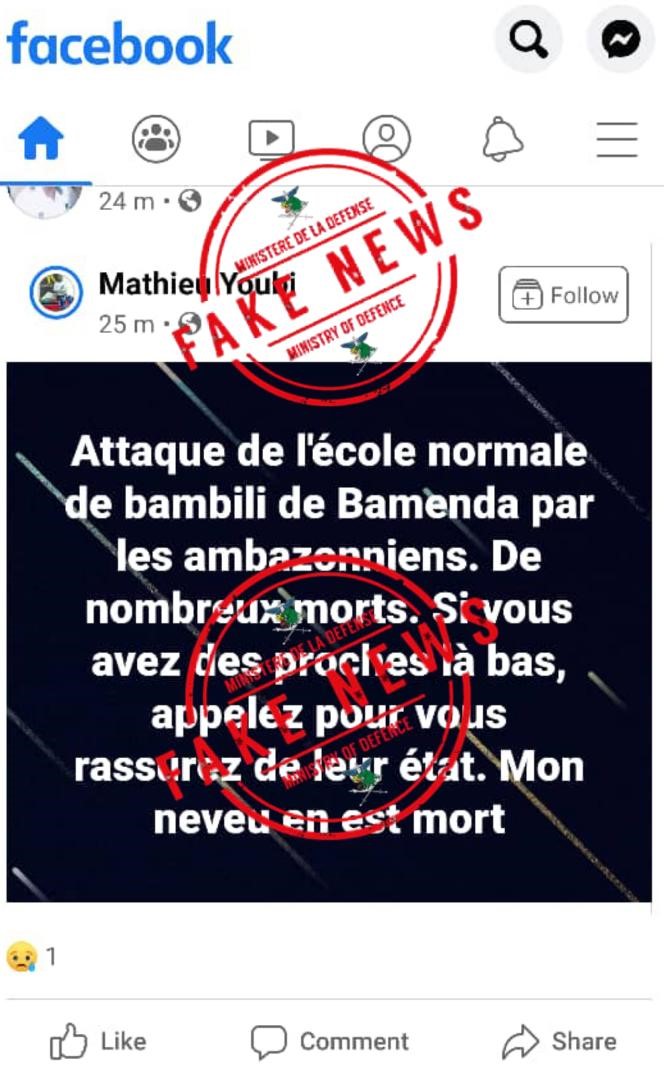 Yesterday August 31, 2020, a Facebook post announced that many people died during an assault at the Bambili Higher Teacher Training College in Bamenda. According to the post, the deceased were students at the training school while the assaulters are members of the pro-independent groups causing unrest in the Southwestern region for years now.

Within 24 hours, the post had been shared 300 times with hundreds of comments. Some of the comments, however, point out that the training school has not been attacked as the post claims.

The post turns out to be fake news. Indeed, the Cameroonian army informed that the school has not been attacked and even a student of the Bambili school (a certain Bérenger Jean Bilobé) confirmed that there was no attack.

Let's note nevertheless that Anglophone separatists have multiplied attacks targeting the education system. In November 2019, for instance, a student was kidnapped at the Bambili school while some students of the University of Bamenda were also killed by the separatists.