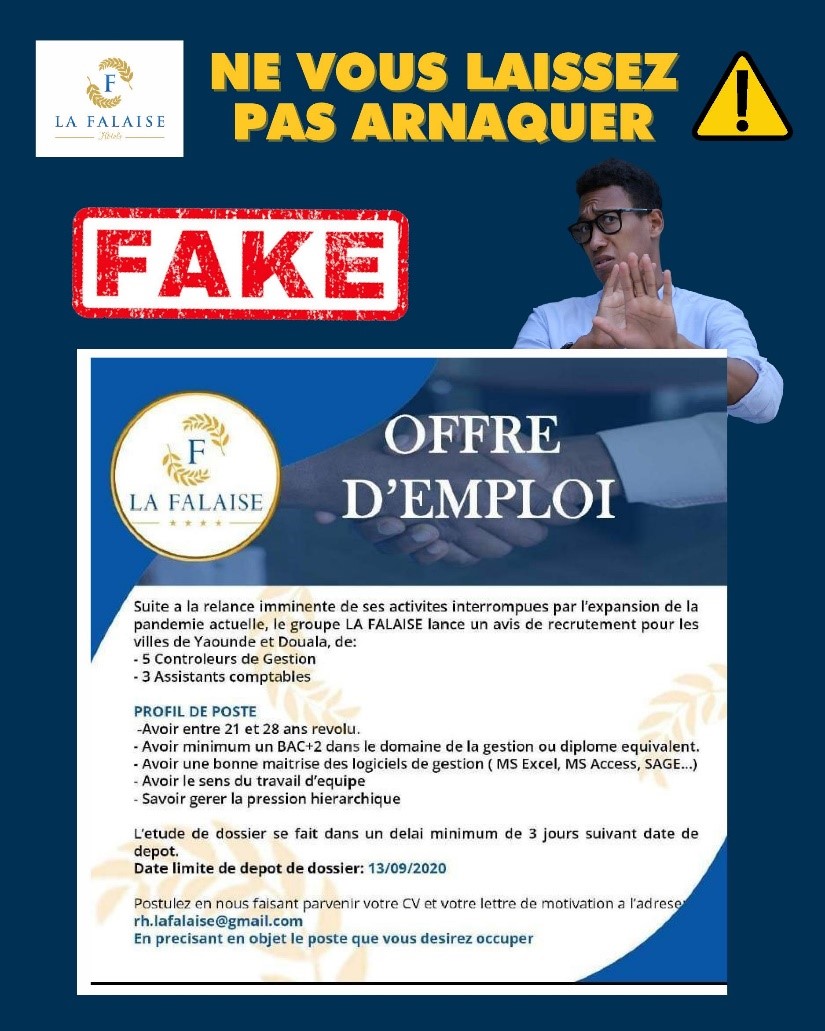 A job ad attributed to the hotel group La Falaise suggests that the company is recruiting auditors and bookkeepers for its sites in Yaoundé and Douala.

Beware, this is a job scam! “The general management of Hotels la Falaise BP 5300 Douala Cameroon informs Internet users and all those who may have known of it that it is indeed a "fake" ad,” the group said in a statement.

“While declining all responsibility for possible abuses, Hotels la Falaise invites you to share this denial as much as possible to warn people,” the company said.