No, ‘Richard bona music’ is not the official Facebook page of the musician 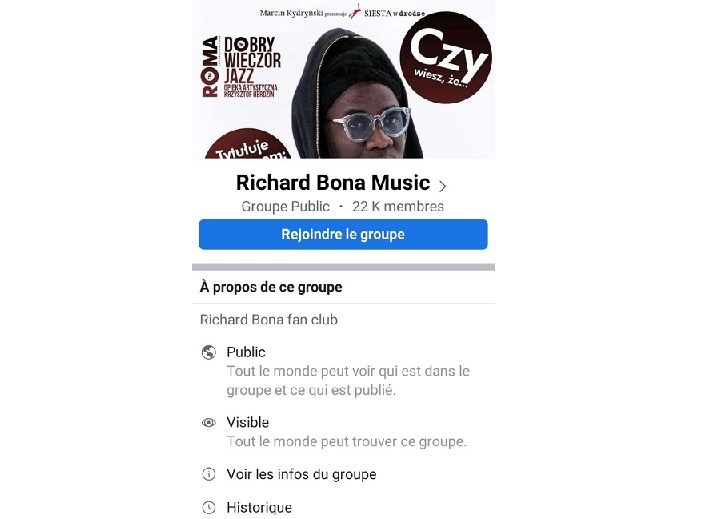 Named ‘Richard Bona Music’, it is a Facebook group. Currently, it has some 22,800 members and uses the musician’s image as its cover image. It is not the musician’s official Facebook page as its “About” section informs. It is a fan group administered since November 24, 2011, by musician and producer  Jean Fojeba.

Several groups and pages bear Richard Bona’s name. However, his official page, Richard Bona (Bona Pinder Yayumayalolo), is certified with a blue badge next to the name.

This badge means that Facebook has recognized the owner of an account, group, or page as a public figure thus guaranteeing the authenticity of the verified account or pages.

Richard Bona's real page has 292,000 subscribers. The musician, who has for years now been a critic of Cameroonian authorities, always posts his punchlines against the regime in Yaoundé.