No, the image below is no sky view of the Santchou cliff 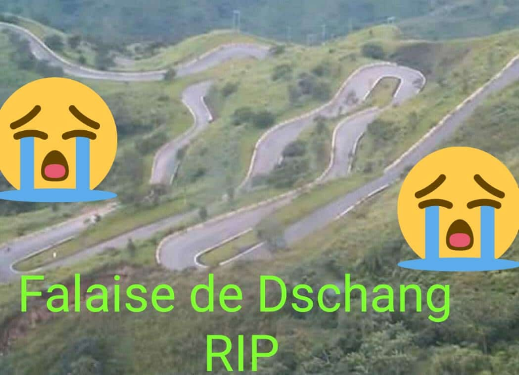 The picture above was recently posted on social media after the traffic accident that officially claimed the life of 55 people on January 27th, 2021. According to the poster, the image is a sky view of the Santchou cliff (Dschang) where the accident occurred.

In fact, this photo has nothing to do with the place indicated. A reverse image search on Google brought up a Facebook post dated September 2017. According to the Facebook post, the picture is a sky view of the "Gembu Road", in Gembu located on the Mambilla Plateau (or Mambila) in Taraba State, eastern Nigeria.

Another google search, with "Gembu Road" as a keyword, brought up several pictures linked to Nigerian websites and even a Tweet date June 2015. All those results prove that the photo was not taken in Caleron and could not possibly be the Santchou cliff where the said accident occurred.

It is worthy of note that the said accident involved an interurban bus operated by Menoua Voyage and a truck carrying adulterated fuel. 70 people were onboard the interurban bus when the two vehicles collided sparking a fire.

The first death toll was 53 people who burned to death on the spot and two others who later died of their injuries. Twenty-three others were also injured, according to the official death toll.

On February 1st, Minister of Territorial Administration Paul Atanga Nji placed two signboards on the spot to raise awareness about road hazards. Also, an investigation has been opened and "will help to establish the responsibilities of each of the involved parties and to help take appropriate measures," Minister of Transport Jean Ernest Massena Ngalle Bibehe announced in a statement issued the day the accident occurred.