No, this condolence message to Pr. Gervais Mendo Ze’s family is not from President Paul Biya 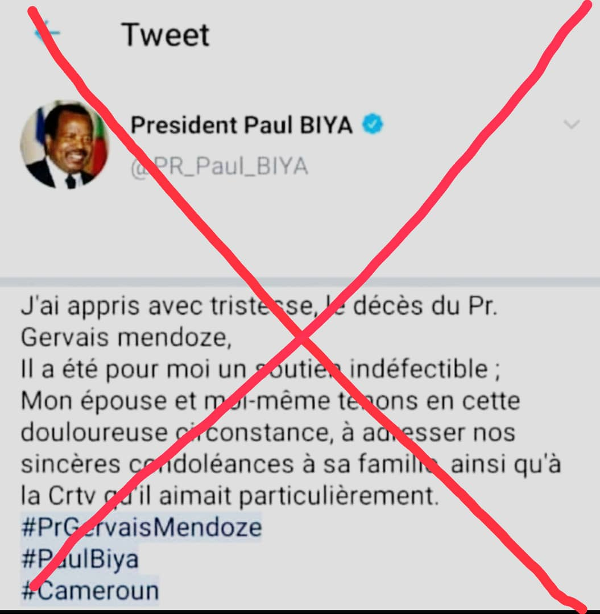 "I learned with sadness, the demise of Professor Gervais Mendo ze, he was for me an unfailing support. In this painful circumstance, my wife and I extend our sincere condolences to his family, as well as to the CRTV he deeply cherished," the screenshot of a Tweet supposedly posted by President Paul Biya reads.

On the screenshot, the tweet seems to have been posted by the official page of the President of the republic since on the right side of the account name is a blue badge certifying the authenticity of a public interest account.

Gervais Mendo Ze died in custody on Friday, April 9, of illness at the age of 77. The former director-general of Cameroon Radio Television (CRTV) was convicted of embezzlement of public funds and was serving a 20-year prison sentence at Kondengui central prison in Yaoundé.

Recently, rumors sparked on social media announcing his death, but this was not the case. Another rumor sparked claiming that he was granted a presidential pardon but no such decree was published and the rumor was never confirmed.