Yes, this picture of Minister Issa Tchriroma Bakary has been falsified

The picture below is currently being shared on social media (maybe to mock the Minister of Employment and Vocational Training, Issa Tchiroma Bakary). It shows the official in his office surrounded by four photos of the Head of state, Paul Biya, hanging on the wall.

But on closer observation, we notice that the picture is fake. Two of the four images of the Cameroonian Head of State hanging on the wall are obvious photomontages. Using basic photomontage software such as "Paint" or Publisher, an effigy has been added at the top right-hand side of the picture and another at the bottom left-hand side.

Although this first picture is fake, there is another one, a real one without editing or photomontage, shot in the office of the Minister of Employment in Yaoundé. In this one, you can see three photos of the Cameroonian head of state hanging around the office (not four as this fake picture wants us to believe). 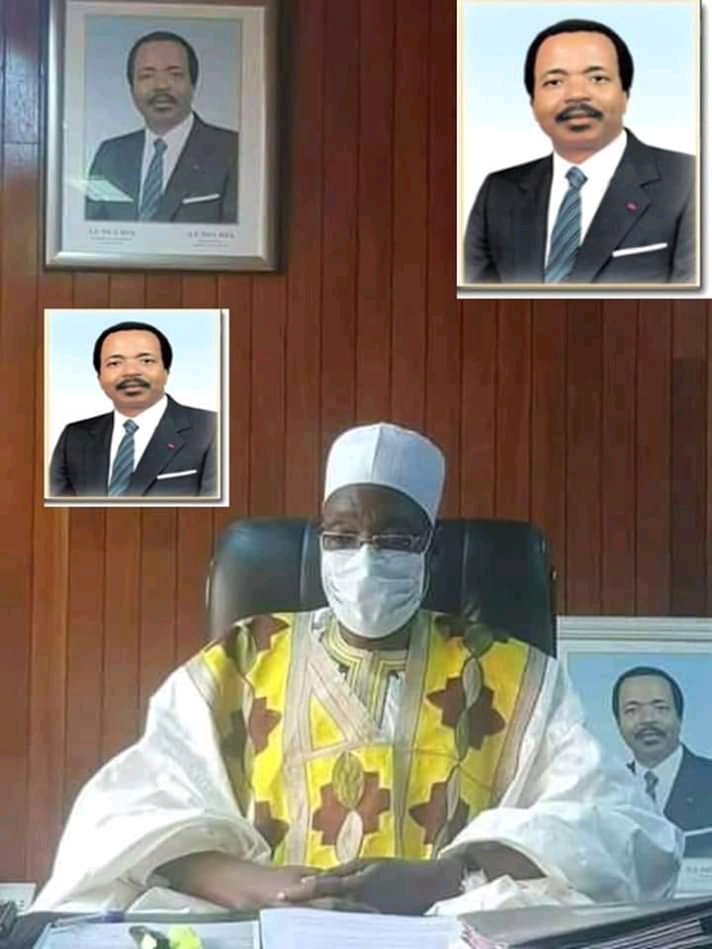