Yes, this picture is fake 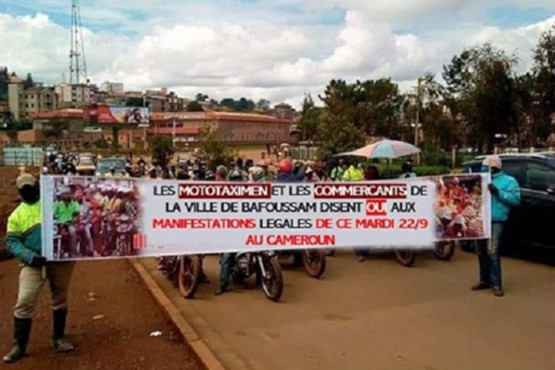 A photo shared on WhatsApp shows a banner with the slogan “the mototaximen* and merchants of the city of Bafoussam say yes to the legal demonstrations of this Tuesday, September 22 in Cameroon.”  Indeed, this is a photoshopped picture.

The original banner reads: "The mototaximen* and merchants of the city of Bafoussam say no to the illegal demonstrations of this Tuesday, September 22, 2020, in Cameroon”. The original picture was earlier published on Twitter.

The president of the Mouvement pour la renaissance du Cameroun (MRC), Maurice Kamto, announced a “peaceful” demonstration on Tuesday, September 22 to challenge the organization of regional elections on December 6 and to demand the departure of President Paul Biya. These demonstrations were banned by the authorities who warned against “calls for insurrection and the overthrow of the institutions of the Republic.”