No, CAF never announced the relocation of AFCON2021 matches to be played at the Japoma stadium 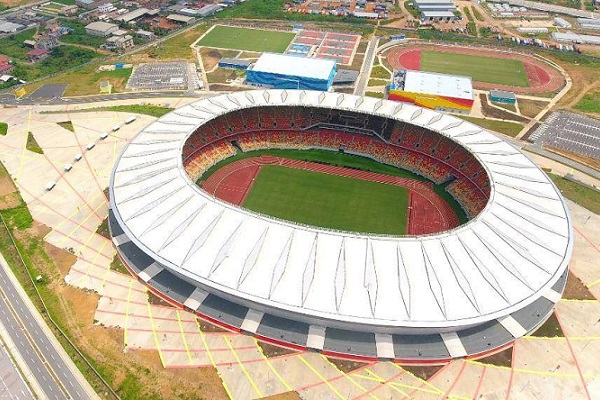 AFCON2021 matches to be played at the Japoma stadium (Douala) have been relocated due to the state of the turf, several online posts claim. The African Cup of Nations (CAN) relocated because of the state of the pitch? This is what online publications claim. "AFCON2021: CAF removes Japoma stadium from the stadiums hosting the round of sixteen matches," reads the title of an article posted on Friday, January 21, 2022.

"The Confederation of African Football has just rearranged the competition calendar largely because of the dilapidated state of the Japoma stadium’s turf. The stadium will no longer host matches after the AFCON quarterfinals,” another article posted the same day reads.

"No more matches after the quarter-finals: CAF downgrades Japoma stadiums," another French article claimed last Friday.  "AFCON2021: Matches relocated due to the state of the turf at the Japoma stadium,” yet another online platform announced.

The CAF, organizer of the AFCON, has not issued an official announcement regarding any relocation of matches scheduled to be played at the  Japoma stadium for the rest of the competition. There is nothing in that regard on its website or on its social media accounts, notably on Twitter, where it is active.

The whole rumor started last weekend after a supposedly “modified calendar” of the competition was posted on social media.

The said document was published Friday on the platform of journalists accredited for the tournament. "The supposed "modified calendar" was deleted shortly after its publication.  A CAF official later sent a message in the group indicating that the document was not from the CAF and the identity of the author is still unknown,” explains a journalist who is in the group, on the condition of anonymity.

"This modified schedule was the result of proposals made by those who wanted to change the schedule of games at the Japoma stadium, because of the state of the turf. This could have been done by an editor or a web designer. For the time being, CAF has not notified us of any change in the original calendar,” said another accredited journalist (who did not wish to be named), contacted by SBBC on Monday, January 24.

The alleged modified schedule shared widely via WhatsApp indicates that the Japoma Stadium will host two matches after the group stage: a round of 16 and a quarterfinal. According to the official match schedule unveiled on August 30, 2021, by CAF, in addition to the group stage matches, the Japoma Stadium will host a round of 16, two quarterfinals, and a semifinal match. Next Wednesday, the sports center will host the round of sixteen between Côte d'Ivoire and Egypt, according to the schedule unveiled last January 20 by CAF at the end of the group phase.

Has CAF decided on a relocation of the matches? Not yet. At least, if this decision has been taken, it is not yet public, as at the time of publication of this article.