Following the speech of Cameroonian President Paul Biya on the eve of the National Day of May 20, 2020, a photo of US President Donald Trump surfaced on social media.

"Even Donald Trump watched Paul Biya's speech live,” the messages following the image indicate. This is not true. At least, this is not the story behind the real picture.

Indeed, a reverse search on google shows the real picture. It is proof that the picture of Paul Biya on the screen in front of Donald Trump was inserted at a later stage. It can even be noticed without a special app.

The original image used was published by CNN on December 26, 2019. The U.S. Head of State was answering questions from the military about the film "Home alone 2: Lost in New York," directed by Chris Columbus. 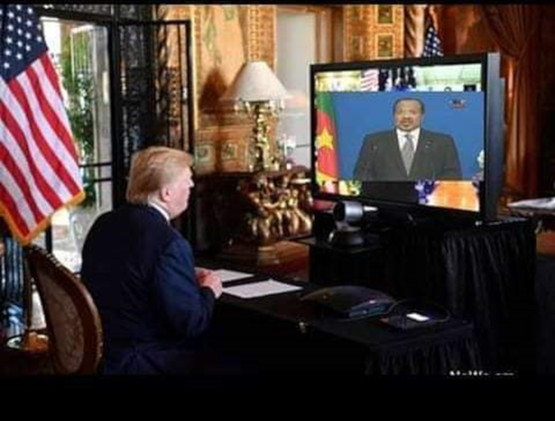 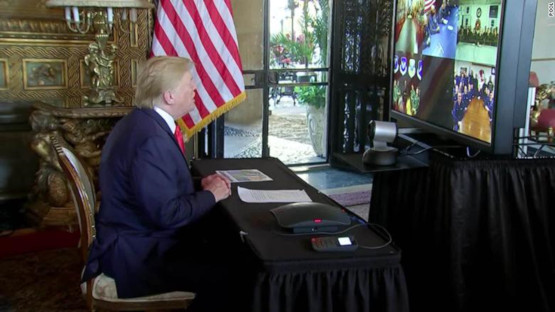