No, the gendarme in this picture is not an “Amba boy”

The picture below recently surfaced on social media presenting an armed man as a double agent working both for the Cameroonian armed forces and the anglophone separatists called "Amba boys." 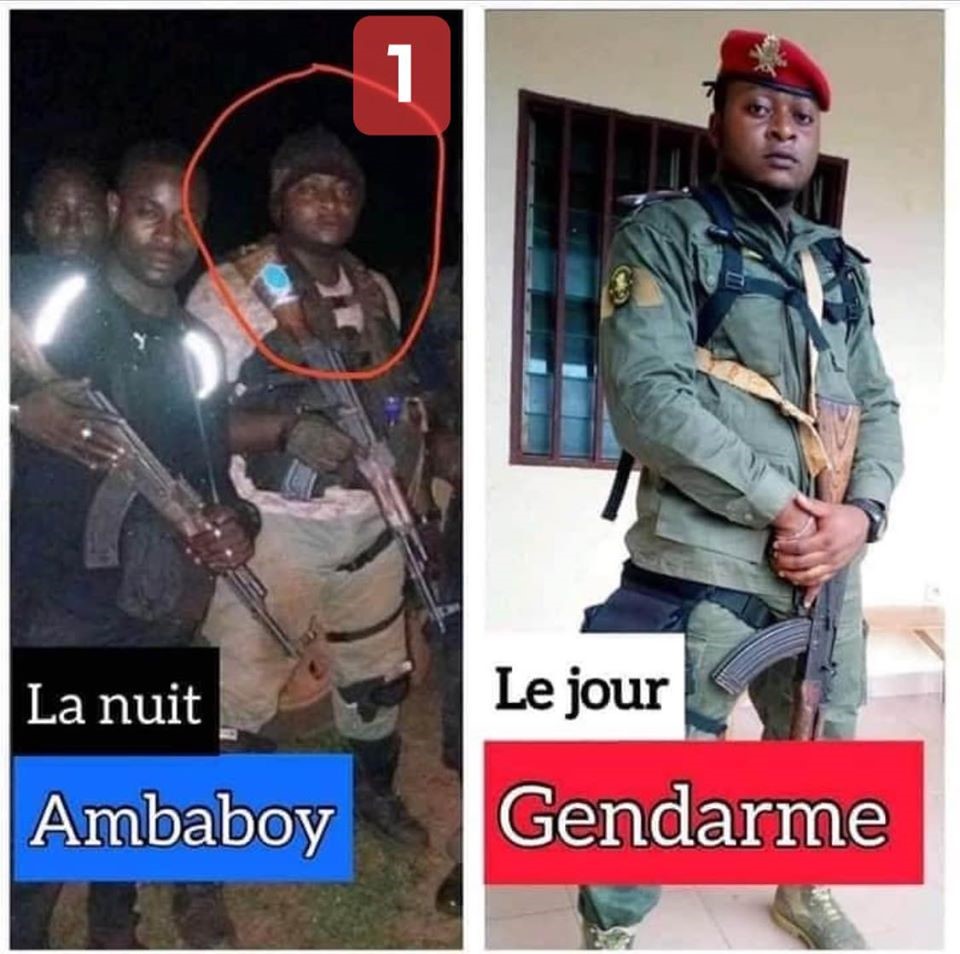 The picture looks genuine but, the truth is, it has been edited. To prove that it is a fake, the national gendarmerie published the original picture that was used.

“The National Gendarmerie fully refutes these preposterous allegations, which are groundless. The 2015 photograph was taken in Libongo, in the East Region, after a counter-poaching raid against poachers who were decimating elephants in the Lobeke Reserve. The enlarged photograph reveals a service vehicle behind the gendarmes. The National Gendarmerie condemns this ridiculous photomontage, which is part of a plot hatched by people with vicious minds and malicious intentions," the national gendarmerie wrote on its Facebook page.

When we checked the picture with the JPEGsnoop software, we were able to confirm that the picture published by the gendarmerie was the real one unlike the edited one.