No, this picture was not taken in Cameroon 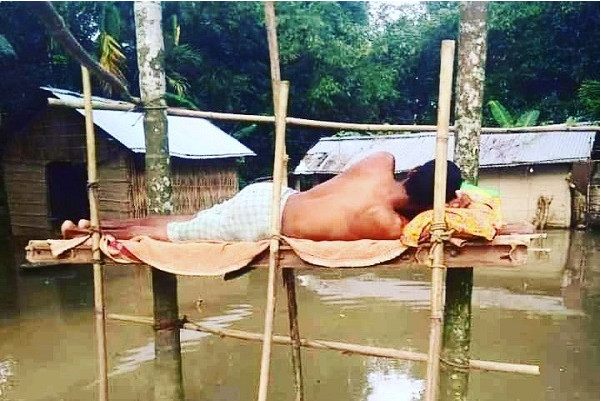 Last weekend, a heavy downpour caused severe flooding in Douala as was seen in the various pictures and videos shared on social media. The videos and pictures showed submerged houses, flooded streets, and various damages caused by rains in the Cameroonian economic capital. However, there is one of the pictures, mostly shared on WhatsApp, that shows a man lying on some kind of bed erected on stilts. Although the posts claim that the picture was shot in Douala, this is not the case.

A reverse image search on Google leads to articles in English and Hindi (1, 2, 3) published in July 2020 reporting the severe floods that hit the Indian state of Assam this year. The floods caused many deaths and destroyed the houses of million residents.