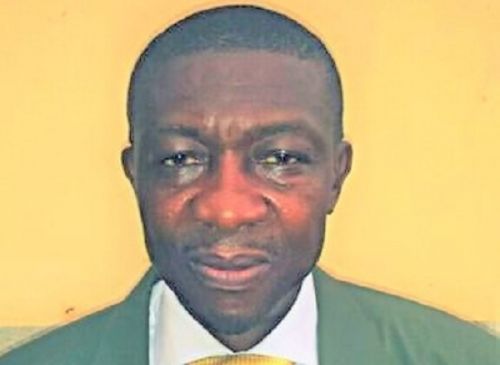 In a June 30 statement, Reporters Without Borders (RSF in French) condemned the arrest of English-speaking journalist Kinglsey Fumunyuy Njoka. Accused of secession and complicity with armed groups, the latter was placed under detention for 6 months starting June 12. He was arrested on 15 May at his home in the Bonaberi district of Douala.

According to Arnaud Froger who manages RSF operations in Africa, “the allegations against this journalist have yet to be substantiated and his detention incommunicado for several weeks would doubtlessly have been longer but for the serious revelations about the death of his English-speaking colleague Samuel Wazizi, who was also arrested for his coverage of the crisis in western Cameroon.” RSF stated that Njoka's detention is linked to his opposition to the way the Cameroonian authorities are dealing with the Anglophone crisis.

Kingsley Njoka has worked for several private media including Magic FM and TBC Radio, two channels broadcasting in Yaoundé. He is also presented as an ardent human rights activist who has supported the SDF political party of John Fru Ndi, all his life. The National Union of Journalists in Cameroon (SNJC) and the Cameroonian Association of English-speaking Journalists (CAMSEJ) have also denounced the conditions of detention of this journalist.

The government has not yet reacted to the case. But the journalist was able to meet his lawyers on 9 June at the secretariat of state for defense in charge of the gendarmerie.

Since the announcement of the death of English-speaking journalist Samuel Wazizi, who died while in custody in Yaoundé, Cameroon has been criticized by some national and international press freedom organizations. RSF's new release on this other case comes at a time when Etoudi has just opened an investigation into the case of Wazizi.