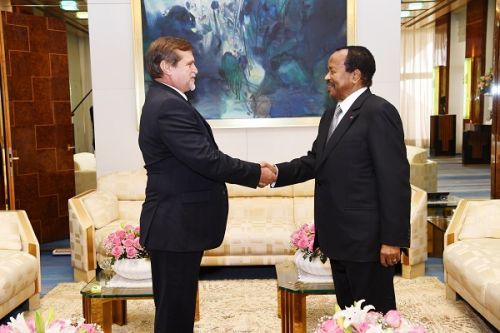 Cameroon’s President Paul Biya received a personal invitation from Russian President Vladimir Putin for next year. The letter was delivered yesterday to the Cameroonian Foreign Minister by the Ambassador of the Russian Federation.

Vladimir Putin is inviting his counterpart to the second Russia-Africa summit scheduled for July 2023 in Saint Petersburg. As a reminder, for the first edition in 2019, Ambassador Anatoly Bashkin personally delivered this invitation to President Paul Biya. The latter was represented during the event by Prime Minister, Joseph Dion Ngute.

Relations between Cameroon and Russia are mainly focused on the economy, education, and the military. Since 2014, with the outbreak of the war against Boko Haram, Russia has provided military equipment to Cameroon, including transport and combat helicopters.

Last April, the two countries signed a new military deal that was strongly criticized by Cameroon's other partners because of the Russia-Ukraine war. Cameroon has refused to condemn Russia for this invasion.