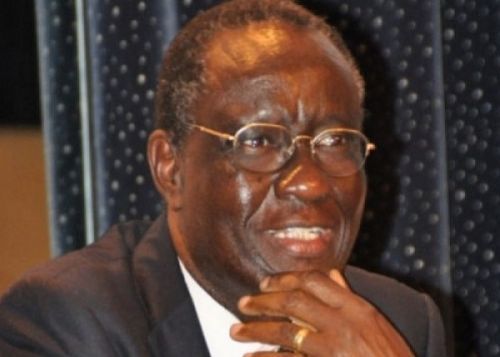 On February 1, 2022, the First Vice President of the Cameroonian Council of Parliamentarians and Elected Territorial Officials (CONCEPT), Gilbert Tsimi Evouna (Photo) issued a statement withdrawing his support for the recruitment of 930 auditors for training in regional administration. In the statement, Gilbert Tsimi Evouna (photo) declared that the previous statement issued on January 28, 2022, indicating his support for the project was void.

According to the first vice president, this project is a "manipulation orchestrated by evil-minded individuals whose goal is to exploit the innocence of young people seeking employment.” He also reserved the right to take “action against the concerned parties.”

But, who are those parties? The vice-president does not say but according to some members of the CONCEPT, Gilbert Tsimi Evouna is just backpedaling.

In a February 1 press release, Senator Mamoudou Mazadou, "chairman of the working group in charge of the CONCEPT,” expressed his dismay towards the “disinformation and bashing campaign launched by some actors, including officials no one would believe could have done such a thing,” against the training initiated by regional administrations.

He recalls that CONCEPT is an inclusive institution gathering parliamentarians and their substitutes as well as elected regional and municipal officials.

It was created to bring all the elected officials together for the implementation of the  Parliamentary Program for Support to Decentralization in the Republic of Cameroon (Paad-Cameroon/Parliament). This program was created by the Network of Parliamentarians for Decentralization and Local Development (Repaddel) to help boost the financial autonomy of decentralized local authorities.

On December 3, 2020, the Minister of Decentralization and Local Development (Minddevel) Georges Elanga Obam issued a release expressing his surprise over the “high-level regional administration course” being offered by the  International Centre for Applied Training in Democracy, Development, Ethics, and Governance (Cifaddeg). In his release, the Minddevel reminded that the Cifaddeg had no authority in offering such a course.

"The planned training courses will be offered by the main training institution approved for decentralization courses, the National School of Local Administration (Nasla) under the supervision of the  Minddevel," he stressed.

He also warned the public against regional administration courses offered since the creation of regional councils. Those courses are usually offered just to scam or extort funds, he added.

Created by the President of the Republic in March 2020, Nasla is the training institute that offers the administrators of decentralized regions specialized training per guidelines set by the government.

The Cifaddeg the Minddevel was referring to is a faculty of the Multinational University of Ambam (Uma), presented on its website as "a Cameroonian association specialized in diplomacy.” Its promoter is Hyacinthe Mba Mbo, former mayor of Ambam, in the southern region. Incidentally, the Pan-African Institute of Administration and Decentralization (Ipad), which is supposed to offer technical assistance for the training Gilbert Tsimi Evouna flagged in his February 1, 2022, statement, is also a faculty of the “Uma”.