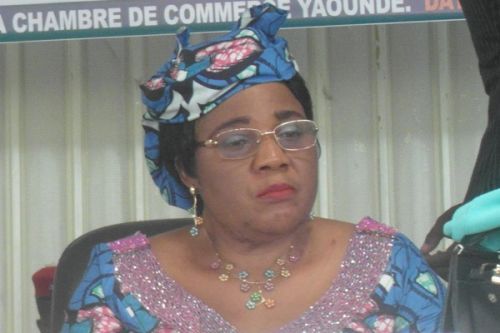 Land grabbing: The Presidency of the Republic to audit the management of state-owned lands

For days now, Madam MBAH ACHA FOMUNDAM Rose NGWARI (photo), Minister Delegate at the Presidency in charge of the Supreme State Control (CONSUME), has been conducting a special mission at the Ministry of State Property (MINDCAF). This mission is aimed at auditing the management of the State's private domain.

In various letters dated May 28, 2021, the head of the mission invited MINDCAF officials to present the mapping of the State's private domain in the 10 regions. They must also present an exhaustive report of the private domain lawfully allocated and those unlawfully occupied in each of the 58 departments.

This audit will cover the period between January 31, 2016, to January 31, 2021. During that period, several land-related cases involving senior government officials and administrative authorities were brought up. The magnitude of the problem is such that courts have banned certain officials suspected of land grabbing from leaving Cameroon.

This does not mean that the land grabbing phenomenon dates back to just the period covered by the COSUPE audit. For instance, on February 12, 2021, the MINDCAF Henri Eyebe Ayissi returned a private state property spanning over 55 hectares near the presidential palace to indigenous families in Yaoundé. He later suspended the operation following instructions from the Chief of Staff of the Presidency of the Republic.

"On the orders of the President of the Republic, I have the honor of passing on to you his very high instructions to the effect that all sales or allocations of State property, regardless of the surface area involved, should henceforth be subject to his very high formal approval, on pain of nullity," wrote the Secretary-General of the Presidency of the Republic to the MINDCAF on February 21, 2021.