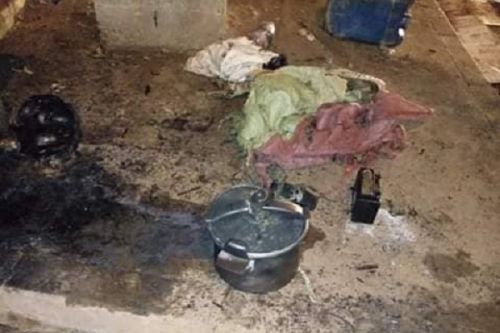 An improvised explosive device went off around 9 pm local time yesterday July 2 in Damase, a neighborhood of Yaoundé, wounding 5 people in total with varying degrees of severity. The victims were immediately evacuated to the hospital in Efoulan. According to witnesses who were able to record videos, the police quickly cordoned off the area and arrested a suspect.

This new incident comes after the explosion of home-made bombs in two neighborhoods of Yaoundé during the night of 20-21 June that alerted the General Delegation for National Security (DGSN). The national police then called on all units in the region to reinforce the security measures.

For his part, the Secretary of State for Defense in charge of the Gendarmerie (SED), Galax Etoga drew the attention of the commanders of the 10 legions of gendarmerie to “threats of terrorist attacks in major cities and towns” in Cameroon.

Galax Etoga notes that “analysis of the overall security situation and increasingly recurrent intelligence reveals terrorist intentions in major cities and towns. According to the SED, these threats could result in the increased use of home-made bombs in busy places.

As an anticipated response to these threats, the official has prescribed the intensification of the search for predictive intelligence that focuses on prison environments and motorcycle drivers.