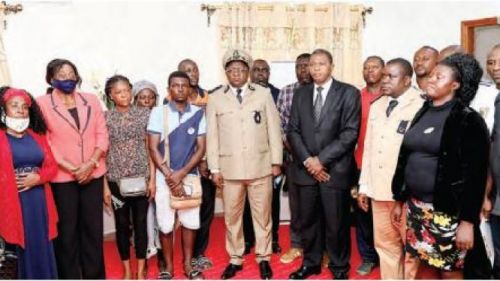 The funerals of the children killed in the Kumba school massacre are scheduled for this weekend. The information was disclosed by the Minister of Territorial Administration (Minat), Paul Atanga Nji who visited the scene of the tragedy on Monday, November 2, 2020.

According to the program agreed with the families, the remains will be removed from the morgue of Kumba district hospital on November 5, 2020. Next, a funeral service will be held before the remains are transported to the various burial sites.

As a prelude to this program, Minister Atanga Nji met the families of the victims to extend the Head of State’s condolences. "We are here after the national mourning to console the bereaved families and extend the Head of State’s condolences. We came to meet the families and prepare their children’s funerals,” the Minat explained. The minister also handed the bereaved families the government’s financial assistance to help them organize the funerals.

On October 31, the country observed a national mourning day in memory of the seven children shot dead on October 24, 2020, at the Mother Francisca International Bilingual Academy in Fiango (a neighborhood in Kumba, Southwest Cameroon). To find the perpetrators of the barbaric act, the Head of State ordered an investigation but, for the time being, the suspicions point to separatist militias who usually commit atrocities in the Northwest and Southwest. "I am convinced that the investigations prescribed by the President of the Republic will yield good results. I am also convinced that divine justice exists. Those who perpetrated this odious act and the sponsors who are abroad will be caught sooner or later by the justice of men and that of God," said Minister Atanga Nji.