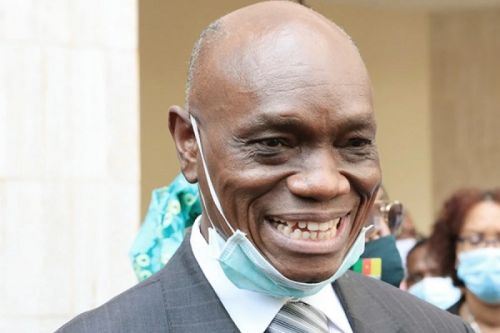 Citoyens actifs du Cameroun (CAC), a local political party, started a petition against a supposed call issued by elites of the Lekié department for the candidacy of President Paul Biya for the next presidential elections scheduled for 2025.

"On Saturday, October 30, 2021, in Monatélé, our attention was drawn to a banner announcing 'the support of Lekié for a possible candidacy of the potential candidate Paul Biya for the 2025 presidential election,’ wrote the CAC chairman on November 1.

The "motion of support, deference, and encouragement" referred to in the petition made no call for the candidacy of President Paul Biya for the 2025 elections, however.

In the motion of support addressed to the President of the Republic at the end of the inauguration of the newly elected local leaders of the ruling party Cameroon People's Democratic Movement (CPDM), there was no mention of support for his candidacy.

The signatories, including Minister of Land Affairs Henri Eyebe Ayissi who is the party leader in the region, just encouraged the national chairman of the CPDM “to continue the actions initiated to modernize and rejuvenate the CPDM.”

In its petition, the CAC acknowledges  "the legitimate right of every Cameroonian regardless of political affiliation (...) to run for Presidency.” However, it sees the present motion of support as a new political instrumentalization attempt by some CPDM elite in Lekié.

“In light of the realities on the ground, the bitter truth is that the Lekié population is trapped by a predatory and selfish elite, which is a problem for the dynamic youth,” the petition claims.

This view is nevertheless not shared by everyone. "The solemn call issued from Lekié to Monatélé, under the leadership of Minister Henri Eyebe Ayissi, for a national consensus for the candidacy of President Paul Biya in the 2025 presidential election, is in line with the age-long friendship between this department and the President of the Republic," says Julien Nga Ebede, traditional ruler and municipal councilor in the town of Monatélé.

The traditional ruler explained that through this call, the initiators of the motion of support are just praising the President of the Republic’s skills and experience, which is saluted both in and out of the country.

Even if the call for Paul Biya’s candidacy in the 2025 presidential election has not been issued officially, as the chairman of the party in that region, Henri Eyebe Ayissi is surely not against the prospect. For those who know the region’s loyalty to the current president of the republic, this initiative comes as no surprise since it is happening at a time when a movement is calling for the candidacy of Franck Biya, the Head of State’s eldest son.

Let’s note that the first call for an amendment of the 2008 constitution to allow the incumbent president to run for the presidency again came from Lekie. At that time, it was initiated by the same chairman, Henri Eyebe Ayissi. He was also at the forefront of calls for President Paul Biya’s candidacy in 2011 and 2017.