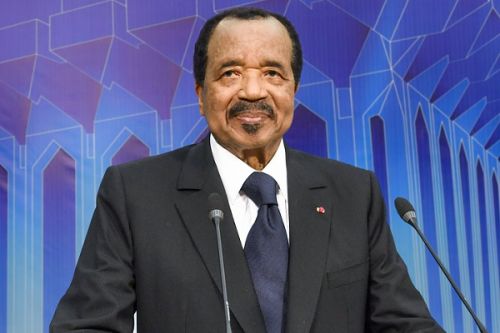 During his new year address on December 31, Paul Biya, president of the Republic of Cameroon, once again spoke about the Kumba school massacre that occurred on October 24, 2020, in the South-West. Qualifying the massacre as one of the most heinous on the list of atrocities committed by separatist armed groups to discourage the school community, he reminded that the massacre resulted in the death of seven (7) school children while several others were injured. “This crime, which is a shock to the human conscience, will not go unpunished,” he commented.

“I would now like to appeal, once more, to the sense of responsibility of the friendly countries hosting the sponsors and of the organizations financing and running the armed gangs in the North-West and South-West Regions, through various channels,” the president added. In short, he was asking friendly countries hosting members of the Cameroonian diaspora suspected of financing separatists to hand them over to Cameroonian judicial authorities.

Although he did not point at them, the President’s message was particularly addressed to countries like South Africa, the USA, the UK, and Norway where a  significant number of activists committed to the anglophone separatists are based.

“All those who would be identified at the end of investigations as initiators or accomplices of these odious crimes will answer for their actions,” he also promised.

Without naming them, he also tackled the actions of the Movement for the Revival of Cameroon (MRC) and its president  Maurice Kamto. “In a democracy, access to political office is secured through the ballot box and not through the streets, certain media organs or social media networks (…) It is equally regrettable that some of our compatriots, who rallied around a personality who failed to achieve his ambitions during the last presidential election, took advantage of security and health difficulties to try to stir up a revolt falsely referred to as peaceful marches,” President Paul Biya said in that regard.

Let’s note this is exactly the views of Minister of Territorial Administration Paul Atanga Nji who usually points out that the protests of MRC are disguised insurgency movements aimed at toppling President Paul Biya, elected by over 71% of the votes during the October 2018 presidential election.