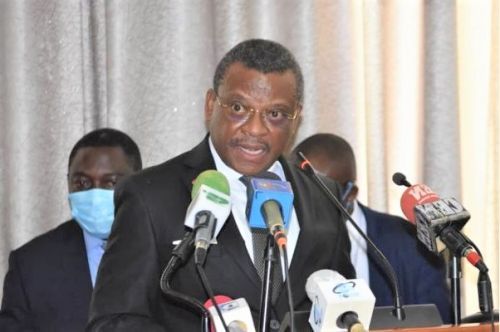 Prime Minister Joseph Dion Ngute will carry out an official visit in the North-West from October 5 to 8, 2021, sources at the Prime Minister’s office reveal. During the four days visit, the head of the government will meet the regional driving forces, according to the program seen by Stop BlaBla Cam.

Upon his arrival on Tuesday, October 5, the PM will grant audiences to the governor, "two generals" of the 5th Joint Military Region, security officials, and members of parliament. He will then meet delegations from the seven departments of the region. The meetings aim to "follow up on the recommendations of the Major National Dialogue.”

The program, which is not yet official, specifies that "during the meetings, the delegations are expected to present relevant proposals to restore peace" in the region.

In late September, when he was in the Southwest region to chair the second session of the commission tasked to follow-up on the resolutions of the Major National Dialogue, the Prime Minister acknowledged that most people do not understand the special status conferred onto the anglophone regions in the application of the resolutions issued during the national dialogue.

He promised that the commission would visit the regions to explain the importance of that special status and all the resolutions implemented since the national dialogue called by President Paul Biya to find solutions to the crisis shaking the Northwest and Southwest regions since late 2016.

This visit comes in a context marked by renewed violence from separatist groups. In September, several soldiers died in ambushes planned by separatists. In less than a week, 15 soldiers were killed in two such attacks.

The attacks prompted an unprecedented deployment of the army in the Northwest. Meanwhile, the government has been implementing peaceful actions to restore peace in the two regions.