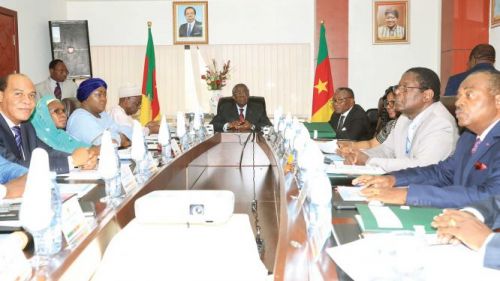 Bilingualism and multiculturalism: NCPBM launches campaign in the North to promote harmony

On November 2, 2020, the National Commission on the Promotion of Bilingualism and Multiculturalism (NCPBM) launched an awareness-raising operation to promote harmony, fight against hate speech and popularize the law of December 24, 2019, on the promotion of Cameroon’s two official languages (French and English) in the Northern Region.

"We received many complaints about the low level of bilingualism in this part of the country. That is why we decided to start the awareness campaign on official languages from the north," explains Chi Asafor Cornelius (secretary-general of the NCPBM).

Let’s note that to raise the level of bilingualism in the North, recently created bilingual primary and secondary schools in the region.

"The President of the Republic asked us to travel to the region and gather suggestions. We started in Buea and Bamenda, we are currently in the North, then we will go to the Far North," explains Peter Mafany Musonge (former Prime Minister and president of the NCPBM).

The law on the promotion of official languages aims to ensure equality in the use of French and English in public administrations and agencies and encourage Cameroonians to use the two languages.

This law was created in implementation of the recommendations made during the Major National Dialogue organized from September 30 to October 4, 2019, to find solutions to the socio-political crisis that has been shaking the North-West and South-West regions since 2016.

Created in January 2017 (via a presidential decree) as one of the responses to this crisis, the NCPBM works for the promotion of bilingualism and multiculturalism in Cameroon, to maintain peace, consolidating national unity, and strengthening the “people’s willingness and day-to-day experience concerning living together.”