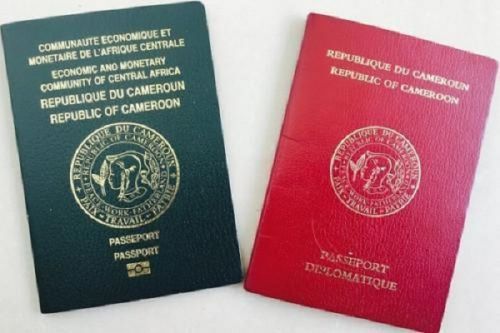 More than 10,000 passports issued in 6 months for Cameroonians residing in France

In a press release issued yesterday, the Cameroonian Ambassador to France André-Magnus Ekoumou said the General Delegation for National Security (DGSN) has, in recent months, given priority to processing applications for the allocation or renewal of passports of Cameroonian nationals residing in France.

"Since June 2020, more than 10,000 passports have been made available to the consular services of Paris and Marseilles," the ambassador said. This is a response to the many complaints and accusations of racketeering that have surrounded the issuance of passports in this diplomatic representation in recent months. Subsequently, the Head of the DGSN, Martin Mbarga Nguele, has decided to launch an investigation to shed light on the situation.

Through a briefing note published on June 17, 2020, Martin Mbarga Nguele reacted to a video that had gone viral on social media. The video mentioned the existence of an approved and sworn firm based in Paris specialized in facilitating the obtention of Cameroonian passports in exchange for about CFA195,000. This amount does not include the official fees payable for the issuance of a passport.

According to a Cameroonian living permanently in France, "this network is flourishing because of the difficulty, which dates back to many months, in getting a passport from the consular services of the Cameroonian embassy in France." Obtaining a passport is not a challenge only for Cameroonians residing in France. Even in Cameroon, it is a difficult process.

The DGSN evoked disruptions in the production of passports since the beginning of this year which would be due to "a change of operator". "Internal measures have been taken to settle the issue of all pending passports, including the so-called diaspora cases," DGSN reassured.

The head of the police recently announced the selection of a new operator that should allow the formal resolution of this situation. "Moreover, soon, a hyper-secure computer system will be put in place to further facilitate the obtention of passports, whether online or physically," he said.