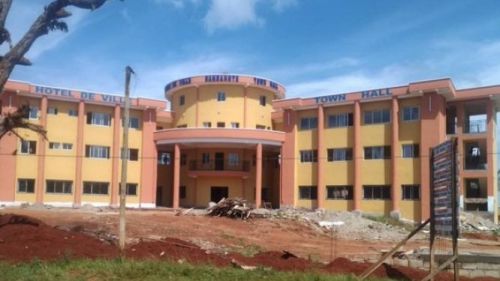 The commune of Banganté sets bounce-back plan, after weak revenue collection in 2019

Last year, the commune of Banganté mobilized CFA867.5 million in revenues, up CFA5.8 million compared to the communal revenues in 2018. This makes a relative value increase of 0.6%. However, this increase is below the CFA67 million average increase in revenues recorded over the past five years.

Moreover, the amount collected over the period reviewed is down compared with the initial forecast of CFA1.27 billion for the fiscal year.

These figures were presented on May 30 during the ordinary session of the municipal council.

For this financial year ended 31 December, the expenses incurred by this communal executive amounted to CFA801.3 million. In addition to the construction of the Bangangté town hall, the municipal executive presents in its balance sheet, the realization of several projects such as the renovation of roads in rural and urban areas.

The mayor's office has also invested in the electrification of rural areas through renewable energy projects and the extension of the water network. In the educational and social sector, Dr. Jonas Kouamouo, the mayor of Banganté, highlights “the construction of about twenty classrooms, support for youth employment initiatives and the development of the local informal sector.”

For the new municipal executive, the flagship project for 2020 is the construction of a modern market in Bangangté. According to the mayor, this project- costing CFA850 million- involves “considerably increasing the municipality's revenue.” For Franklin Etapa, prefect of the Ndé department, these objectives can be achieved if decisions are made to broaden the local tax base, to increase collection and to increase profitable activities in the city and the Bangangté town hall.