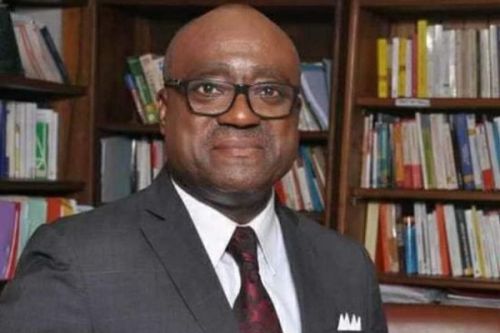 Me Tchakounte Patie passes on

Me Charles Tchakoute Patie (57), President of the Cameroon Bar Association died on Sunday, October 4, 2020, in France. The famous lawyer was evacuated on October 1, 2020, for medical treatments. However, according to family sources, he "was already weakened by the illness.”

After 28 years of law practice (1992-2020), Charles Tchakoute Patie died less than two months before the end of his mandate as the head of the Cameroon Bar Association. He was elected by his peers on November 25, 2018, during a general assembly in Douala. He won the election with a score of 1,158 votes against 758 for the outgoing President of the Bar, Atty. Jackson Ngnie Kamga.

"It is a huge loss for the bar and Cameroon," said Christian Daniel Bissou (President of the Commission on Human Rights and Freedoms at the Cameroon Bar Association) in testimony in the columns of daily Mutations.

According to Me Christian Daniel Bissou, the law corporation sees the deceased as a hard worker and a good father thanks to whom over 800 young lawyers on a waiting list could be sworn-in in the 10 regions of Cameroon.

The native of Mandjo, in the Western region, dedicated his mandate to the protection of the image of the Cameroonian lawyer. His relentless fight against the abuses committed against his colleagues is part of this commitment which guided his action since he took the reins of the bar. One of the most intense moments of this struggle was undoubtedly the case of Mr. Serge Chendjou, a lawyer who was attacked in July 2019 in Yaoundé by gendarmes working for the Secretariat of State for Defense in charge of the gendarmerie (Sed).

At the time, the bar’s stance forced the SED to start a consultation with police forces. At the end of the consultations, the head of the gendarmerie decided that no lawyer would be assaulted or impeded while performing his/her professional duties.

To restore the image of the law profession in Cameroon, the deceased had sometimes denounced the bad behavior of some of his colleagues. His October 18, 2019, publication in the case where Maurice Kamto’s lawyers went to their clients’ home dressed in court dress is an illustration of this.

"The Cameroonian Bar Association is not a political party. Lawyers can only put on their dresses for events consecrated by age-old customs and traditions. Private homes are in no way the places where the lawyer's robe can be worn, except (in very special situations) with the express and prior authorization of the President of the Bar. The Cameroonian Bar Association reiterates its status and vocation as a professional organization, but also as an informed and attentive observer of the developments in the society," he wrote.

Meanwhile, before the election of a new president of the bar, the interim will be assumed by MeClaire Atangana Bikouna, the Dean of the Council of the Bar Association of Cameroon.