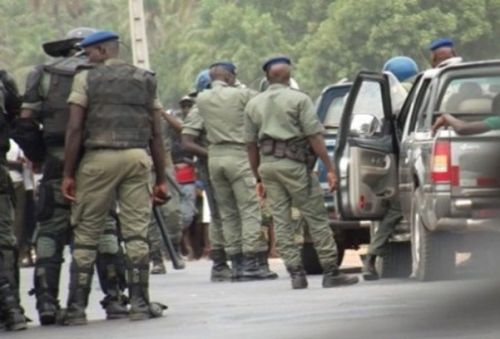 In a wired message dated September 28, 2021, and addressed to all gendarmerie company commanders, all police stations, and immigration services, the head of the Military Security Division (Semil) of the Ministry of Defense, Emile Joel Bamkoui, issued a wanted notice against Chi George, alias Sisco Ndifor.

The individual, "domiciled in England, is likely to be prosecuted for terrorism financing and apology for terrorism. The latter plans to arrive by air in Cameroon in the coming days," the message warns.

If Sisco Ndifor does indeed arrive in Cameroon, orders are to arrest and escort him to the SEMIL.

According to a report by the National Agency for Financial Investigation (ANIF) covering the period 2014-2018, Cameroon is a "high" risk for money laundering and terrorist financing.

Indeed, in terms of terrorist financing, no formal international mutual assistance investigations have been received from outside or sent from Cameroon. The report, citing the Directorate General of External Research - Cameroon's counterintelligence agency, notes that no funds were confiscated during this period. Yet Yaoundé has always suspected some of its foreign-based nationals of financially supporting the armed separatist groups that have been waging armed guerrilla warfare in the Northwest and Southwest since 2016.

According to the ANIF report, one of the reasons for such a situation is that the fund senders are not identified with certainty.

Also, the reason for the lack of collaboration between Cameroon and its peers is that in the country, only the military court is habilitated to rule in terrorism financing cases while several foreign countries are always reluctant to assist military courts in their investigations.