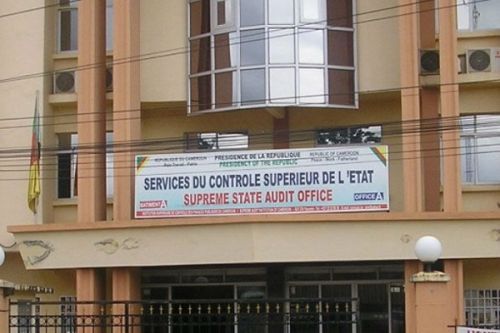 In a correspondence dated September 1, 2021, Mbah Acha Rose Fomundam, Minister Delegate at the Presidency in charge of Supreme State Audit, instructs the Minister of Transports to take required steps to ensure the operation is harmoniously carried out by two distinct teams.

This is the first time an audit will be carried out into the management of those former state companies. All of the audits decided in the past were opposed by the firm Cabinet Atou and its supporters, who are sometimes senior officials.

Indeed, Cabinet Atou obtained the disputed asset management contract in August 2006. Since 2007, the consulting firm has been carrying out its duties as managers of the state companies’ assets worths hundreds of billions in a non-transparent manner. Some people even suspect the firm has illegally sold lands belonging to the companies whose assets will be audited.

For instance, on behalf of Regifercam, the consulting firm requested and obtained over two hectares of land in the state private domain in Bonanjo, Douala, although the company was already privatized at the time.

Also, in a correspondence dated April 7, 2021, the director-general of the Port Authority of Douala notified the Ministry of Land Affairs of the consulting firm’s plan to illegally sell over 12 hectares of lands belonging to ONPC at XAF2 billion.

In response, on May 5, 2021, the Minister of Land Affairs confirmed to the port official that he had already suspended all the land transactions involving the former ONPC’s assets.

Days later, on May 19, the Prime Minister instructed the Minister of Land Affairs to cancel a private sale of lands belonging to Regifercam carried out by Cabinet Atou in Douala.

“Those lands were never reincorporated into the state private domain. Hence, your Ministry cannot carry out any transaction involving them as long as the ongoing process aimed at clearing the debts of that former state company is not completed,” the May 19 correspondence informed.

The Prime Minister also ordered the suspension of any transactions involving lands belonging to those three former state companies.