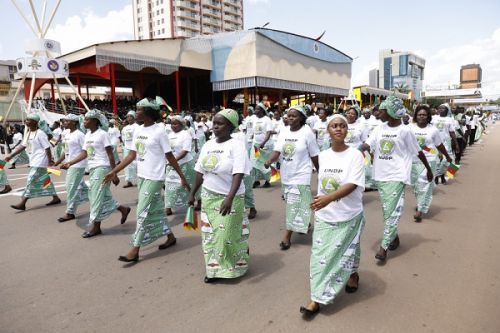 The Minister of Territorial Administration, Paul Atanga Nji, approved on May 5 the creation of 11 new political parties. The communiqué signed to this effect states that this measure aims to enrich the political debate and encourage the expression of freedoms.

With these 11 new political parties, the total number of officially legalized political organizations in Cameroon is nearly 330, according to figures from the Ministry of Territorial Administration. This number is considered excessive by experts. In the opinion of Mathias Owona Nguini, a political scientist, the proliferation of political parties can reduce the visibility of opposition parties and make it difficult for them to express themselves. "Cameroon: 330 political parties! Just a little more effort and each commune will have its party!" Former minister Patrice Amba Salla mocked.

Political scientist Aristide Momo believes that in a precarious democracy like Cameroon's, the high number of political parties would only weaken the opposition against the ruling party.

According to him, too many parties implies a divided opposition camp.To explain this point of view, Momo who is also a member of the civil society said: "the animation of the political competition, comes from the condensation of energies in few camps. The smaller the number of camps, the more the game seems resourced and elaborated. Generally it is the bi-party pattern or at most the tri-party pattern which makes the animation of the competition. This is the reason for the two-party elections, which is a trick to reshape the multiparty field into a bipolar field. And when the game is well animated, there is naturally a balance of power.”

If so, of the 11 new parties, apart from the one led by Célestin Djamen, a former SDF and MRC member, the other 10 are held by people unknown to the public. In addition, of the nearly 330 political organizations in Cameroon, only a very small number meet the requirements of a functioning party. For example, only ten political parties are represented in parliament: seven in the National Assembly and seven in the Senate. The communal map shows nine political parties.