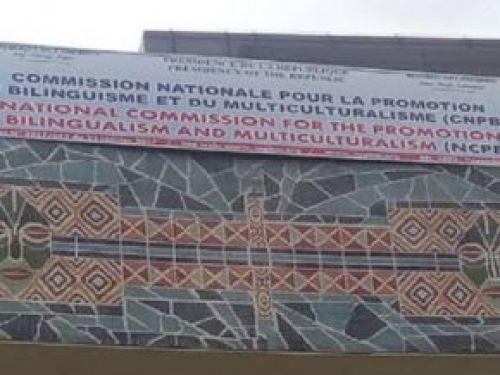 On October 6, 2020, Peter Mafany Musonge (President of the National Commission for the Promotion of Bilingualism and Multiculturalism- CNPBM) granted an audience to Armando Kote Echuaca, ambassador of Equatorial Guinea to Cameroon. The two officials discussed ways their countries could share their experiences in the promotion of bilingualism.

After the audience, Armando Kote Echuaca indicated that he aimed to discuss the studies to be initiated for the creation of a platform through which Cameroon and Equatorial Guinea would promote bilingualism.

"We have many students learning bilingualism here. Similarly, many Cameroonians live in Equatorial Guinea. We believe that it would be enriching for both our countries if citizens could express themselves in French, English, and Spanish," he added.

The ambassador believes this approach will strengthen the bonds of fraternity between the two countries.

To better understand Equatorial Guinea's approach, it should be remembered that it officially uses three languages: Spanish (the first official language), French, and Portuguese. Although it is not an official language, English is also used in the country. As the only African country to have Spanish as an official language, it was a linguistically isolated country surrounded by French-speaking countries. This was the reason it chose French as the second official language. In addition to French, English, and Spanish (to a lesser extent) taught in Cameroonian schools, Cameroonians use some common local dialects such as fang (spoken by the majority of the populations in both countries).