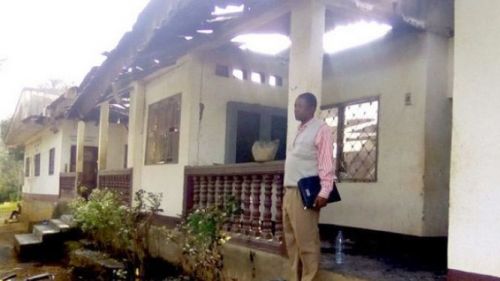 Cameroon has resolutely launched the operational phase of the Presidential plan for the reconstruction and development of the Northwest and Southwest regions (PPRD-NoSo). On April 3, a decree by the Prime Minister created the managing bodies and appointed the managers of those bodies.

However, there are still questions about the security situation in both regions, the assessment of damages and the investment plan to be discussed.

"There has been some respite in the last few days but we need to watch it for some time to see if it will continue,” said a teacher at the University of Bamenda.

In an interview with the government daily Cameroon tribune, Paul Tasong, the Deputy National Coordinator of the PPRD-NoSo, was optimistic. "There are truly some pockets of resistance but, the [security] situation is very far from what it was two or three years ago,” he said.

The current Minister Delegate to the Minister of Economy explains that there is no need to wait for peace to be fully restored in the two regions before implementing the reconstruction and development plan. The reason, he says, is the magnitude of the works to be done.

Paul Tasong indicates that after an assessment carried out under the coordination of regional governors, it appears 350 schools, 115 health centres, 40 bridges, 400 water points, 500 kilometres of low-voltage power lines, 600 kilometres of rural roads, 45 markets and 12,000 houses need to be renovated. Also, about 25,000 hectares of plantations must be rehabilitated.

However, the assessment needs to be updated because last year, the Inter-Patronal Grouping of Cameroon (Gicam) estimated the economic losses at more than XAF800 billion.

The national coordinator of the PPRD-NoSo also indicates that priority will be given to zones where the reconstruction can be done with “minimum risk.”

For the time being, there is no indication of the financial resources needed to implement the plan but Paul Tasong assures that the government will be the main fund provider along with technical and financial partners as well as donations and legacies.

Last year December, during the presentation of the plan, France had promised a fund of XAF40 billion, which is the remainder of the C2D contract.

The PPRD-NoSo program aims to rehabilitate and develop basic infrastructure, revive the economy and promote social cohesion in the two English-speaking regions where there has been a socio-political and security crisis since 2016.