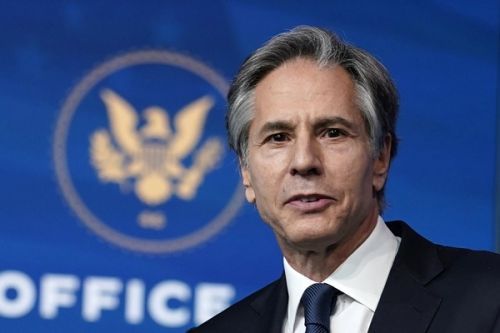 Anglophone crisis: The USA announces sanctions against those “Undermining the Peaceful Resolution of the Crisis”

On June 7, 2021, US Secretary of State Antony Blinken (photo) announced “a policy imposing visa restrictions on individuals who are believed to be responsible for, or complicit in, undermining the peaceful resolution of the crisis in the Anglophone regions of Cameroon.”

“This decision reflects our commitment to advance a dialogue to peacefully resolve the Anglophone crisis and support respect for human rights,” the announcement published in that regard informs. The announcement indicates that the visa restriction is for those “who undermine peace through engaging in or inciting violence, human rights violations and abuses, and threats against advocates for peace or humanitarian workers.”

However, it does not name the concerned parties. Since the start of the Anglophone crisis, the USA has always accused both the Cameroonian government and secessionists of undermining the peace process.

“With respect to the Anglophone crisis, as a friend and partner of Cameroon, the position of the United States remains constant. We call on both sides of the conflict in the Northwest and Southwest to abjure further violence and to enter an open-ended dialogue without pre-conditions,” the US government wrote in October 2020 denying rumors of a US military intervention in Cameroon.

The Cameroonian government also points out the attitude of some partner countries concerning the conflict, without naming those countries.  “I would now like to appeal, once more, to the sense of responsibility of the friendly countries hosting the sponsors and of the organizations financing and running the armed gangs in the North-West and South-West Regions,”  president Paul Biya said during his December 31, 2020, address to the nation.

The president of the republic was thus, once again, asking partner countries that host members of the Cameroonian diaspora suspected of financing the secessionists to hand them over to legal authorities. This request has, however, remained unheeded.