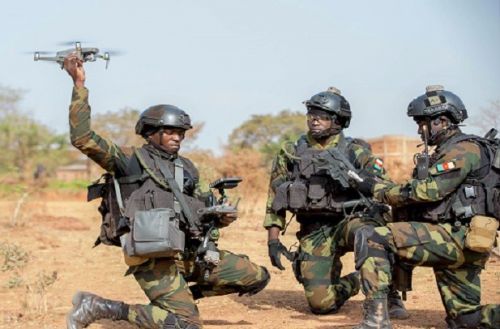 Next September 28, Cameroonian defense forces will carry out a military exercise at the Ahmadou Ahidjo Stadium in Yaoundé, Defense Minister Joseph Beti Assomo announced on September 6, 2021. During the drill, defense forces will deploy themselves to counter a terrorist attack at the stadium, control mobs, prevent the collapse of some stands. They will even carry out hostage training exercises.

The drills will be organized in the framework of "Shield", a military operation initiated to ensure security around stadiums during the AFCON2021 Cameroon will host in January 2022. According to Minister Joseph Beti Assomo, the exercises aim to make the forces learn and practice so that future operational commitment will only be rehearsals of already completed drills.

"Early next year, Cameroon will organize the Total Energies AFCON2021.  That African soccer tournament will be organized in a tense atmosphere in some regions. Due to that particular environment, Cameroon must be able to ensure the security of everyone,"  Joseph Beti Assomo explained.

In the framework of "Shield", the Ministry of Defense (MINDEF), the General Delegation for National Security, and the Ministry of Territorial Administration will collaborate to devise a practical and coherent crisis management framework drawn on the applicable regulations in Cameroon.