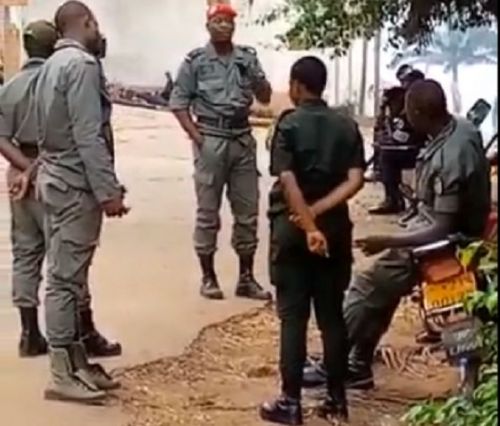 Towards the lifting of security measures around Maurice Kamto’s house

The government welcomes the successful organization of the first regional elections on December 6, 2020, despite "threats by terrorists in the Northwest and Southwest regions, the assassination by terrorists of a city councilor in Widikum and calls for boycotts by political parties that are losing popularity or have an insurgent agenda.”

And given the calm in the country, the Minister of Communication (Mincom) and government spokesman, René Emmanuel Sadi, announced in a communiqué published on December 8 that the security measures taken to thwart the  " insurrectional movement launched by the MRC on September 22, 2020" would be readjusted.

That day indeed, Maurice Kamto (leader of that opposition party) called for protest marches to oppose the meeting of the two electoral colleges that would organize the election. Because of that call, he was placed under house arrest and several of his followers arrested.

According to the December 8 release, several people arrested in that framework have already been released while “others will be arrested as the judicial proceedings progress and in consideration of their degree of involvement and the threat they pose to society."

“The situation of the MRC leader and his party will continue to be closely monitored by competent judicial and administrative authorities,” the MINCOM adds.

For René Emmanuel Sadi, the government's relief measure reflects the commitment of the President of the Republic, Paul Biya, "to dialogue and consultation in the search for solutions to the problems facing our country.”