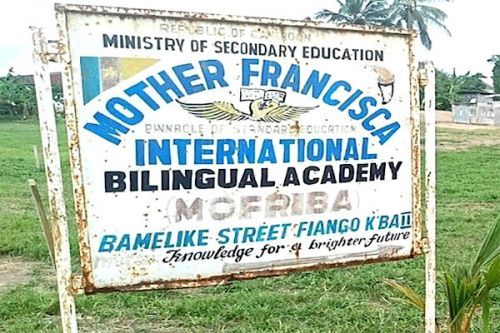 Ambe Augustin alias "General Above the Law", the commander of the separatist militia called "Fako-Meme Black Tar Council" was killed on January 8, 2021.

The secessionist warlord was one of the militiamen neutralized during a raid launched by the Cameroonian army on Balangui, near the road connecting the town of Kumba to Buea, capital of the English-speaking region of the Southwest.

This group was responsible for several murderous attacks and crimes committed in the department of Meme, which is considered its zone of influence.

"Above the Law" (sometimes called Mirror) is the leader of the horde of barbarians who opened fire on students who were peacefully in their classroom on October 24, 2020, in the "Mother Francisca International"  killing seven (7) and seriously wounding fifteen (15)," explains Captain (Navy) Serge Atonfack Guemo, head of the communication division at the Ministry of Defense (Mindef).

In a communiqué released on Tuesday, February 9, the Army reported that the defense forces neutralized five separatist fighters, including Wache Celestine, also known as "T Boy," leader of a separatist militia. In addition, the army recovered several war weapons used by the militia.

The February 8 military operation came four days after an attack by the Black Tar Council militia against the defense forces in the locality. During this attack, the armed bands stopped traffic wounded two soldiers, and even recorded the attack. A few hours earlier, they had opened fire on an ambulance belonging to the NGO Médecins sans frontières (MSF), injuring a humanitarian worker.