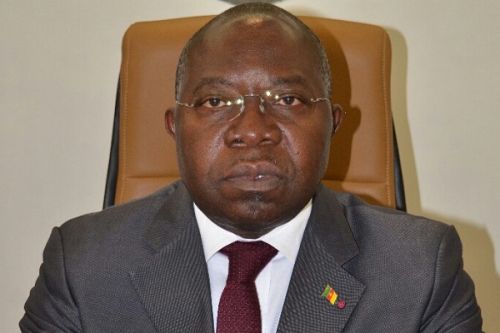 On July 1, 2020, the Minister of Decentralization and Local Development (Minddevel), Georges Elanga Obam (photo), asked the country's 58 prefects to invite mayors "to immediately suspend the application of the jurisdiction related to the exploitation of non-concessible mineral substances."

The Minddevel did not provide any reason for this order even though the said jurisdiction has been transferred to local authorities in the law of December 24, 2019, on the General Code of Decentralized Local Authorities, as part of the decentralization process consecrated in the Constitution of January 1996.

Because of the order, Paul Eric Kingué, the mayor of Njombe-Penja in the Littoral region, felt that he was the one being indexed by the order. Indeed, recent videos circulating on social media show the local official sealing an 8-hectare pozzolana quarry because he is against Société d’extraction et de transformation de pouzzolane (Setp) exploiting that quarry.

According to the mayor, the law of December 24, 2019, on the General Code of Decentralized Local Authorities now gives municipalities the power to manage the said quarry. However, Setp contests this assumption. At the request of administrative authorities, police forces even intervened to disperse the deputy mayors who, wearing their municipal sash, were positioned at the entrance of the disputed quarry to oppose the removal of seals.

As a reaction to the Minddevel's action, the mayor of Njombe-Penja reminded the minister that "a fax message does not stop or suspend the [application of the] law." "Your fax message cannot block the application of a law enacted by Paul Biya [President of the Republic]," he said.

The case is likely to go to court because Paul Eric Kingue threatened to contest the minister’s order before the administrative court if the Mindevel does not reconsider his stance.