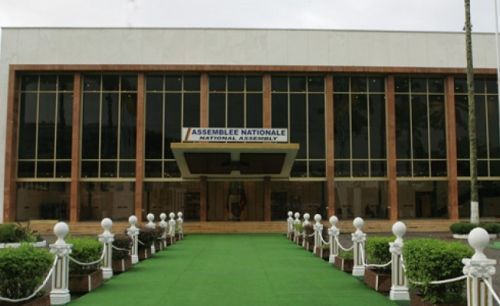 The old National Assembly building will become a parliamentary museum

The old building of the National Assembly will be transformed into a parliamentary museum.

"Let the old building remain the old building. Don't move it. All Cameroonian presidents were sworn in, in this building. It will be rehabilitated and harmonized with the new building," said the President of the National Assembly (PAN), Cavaye Yéguié Djibril, following his inspection visit of the construction works of the new building to house the lower house of the Cameroonian Parliament, on January 8, 2020.

With a 40% completion rate, this work, scheduled for delivery in three years, is significantly behind schedule. The site coordinator and vice-president of the National Assembly, Théodore Datouo, hopes to catch up "if there are no difficulties related to rainfall or any other change related to the evolution of Covid-19."

The new building under construction since December 12, 2019, is financed up to CFA54.5 billion by a Chinese donation without compensation. Built by the Chinese company Beijing Urban Construction Group, the building which will house offices on 14 floors will have a 400-seat hemicycle, a 1,000-seat banquet room, two barracks for the gendarmerie and the fire department, a parliamentary museum integrating the current hemicycle, etc.