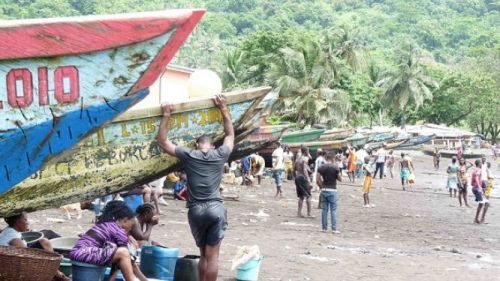 Government launches the reorganization of the Port of Limbe

On May 5, 2020, President Paul Biya signed two decrees reorganizing and approving the status of the Port of Limbé, Southwest Cameroon. According to the Minister of Transport Jean Ernest Massena Ngalle Bibehe, this reorganization covers the creation of the port’s social organs, its construction, and its operation.

The decree reorganizing the port entrusts its  "management, development, promotion and marketing" to the Port Authority of Limbe (PAL), which is now a public company with the State as its sole shareholder. However, the Presidential Decree specifies that the shareholding of the PAL may be open to other public or private entities.

The supervision of this state-owned company, whose head office is located in Limbe, is carried out at two levels. Technical supervision is assigned to the "ministry in charge of port affairs" and financial supervision is entrusted to the Ministry of Finance. The decree also creates a management board for PAL but, for the time being, the 12 members of the board have not been appointed.

Thanks to its proximity to Nigeria, the port of Limbe should boost trade with this country, which is a market with 200 million consumers. Moreover, before the Anglophone crisis that has shaken Cameroon since the end of 2016, a little over 12% of Cameroon's imports were from Nigeria. The neighbouring country was then the country's second-largest supplier, behind China (19.4%) and ahead of France (10.3%).

Also, according to official figures, in 2015, Cameroon’s exports to Nigeria were XAF25.1 billion while imports where XAF433.2 billion.

But beyond boosting these trade exchanges with Nigeria, the reform of the port of Limbe will also enable "the creation of thousands of direct and indirect jobs," Jean Ernest Massena Ngalle Bibehe indicates.

For many observers, the presidential decrees of May 5 are also a political message to residents of the English-speaking regions. Some officials also agree to this point of view. For instance, the Minister of Transport Jean Ernest Massena Ngalle Bibehe, commenting on the decrees, wrote on his Twitter page that the reorganization of the port of Limbé is “proof that the recommendations of the Great National Dialogue are entering into their implementation phase for the benefit of the populations of the South West and economic operators."

In their grievances, residents of the Anglophone regions had denounced some economic and town planning policies elaborated and implemented by the "centralized" government of Yaoundé.

According to the grievances, the 'Great Achievements' programme promoted by the Head of State Paul Biya, has marginalized Anglophones by prioritizing the development of infrastructure located in the French-speaking part of the country. They believe that marginalization led to the construction of the port of Kribi instead of the port of Limbe, the development of the Memve'ele, Mékin, and Lom Pangar dams before the Menchum dam (North-West).

This reform of the port of Limbé could thus correct that point of view particularly if it accelerates the construction of this port infrastructure whose construction has been put on hold for several decades.