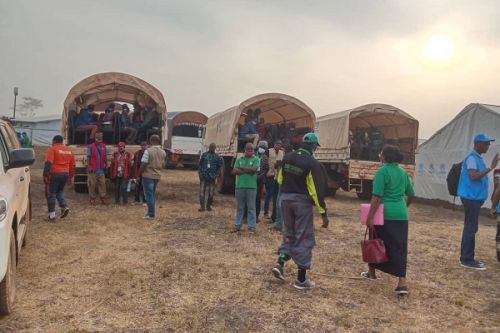 Cameroon is preparing a second wave of voluntary repatriation of Nigerian refugees from the Minawao camp in the Far North region. According to information reported by L'oeil du Sahel, about 5,000 refugees have already expressed their willingness to return home.

"The various parties involved in this process need to discuss the practical modalities of the return of these displaced Nigerians who found themselves in Cameroon fleeing Boko Haram attacks in their country", explains the Minister of Territorial Administration (Minat), Paul Atanga Nji.

A tripartite meeting was held on Wednesday, February 10th, 2021, in Maroua between the representatives of the State of Cameroon, the Governor of Borno State in Nigeria, and officials of the United Nations High Commissioner for Refugees (UNHCR). They decided on the date and the exact number of refugees who will leave the Minawao camp, located in the Mayo-Tsanaga department and which hosts more than 67,000 Nigerians.

The modalities include the logistics, the security system, and all other aspects and conveniences related to repatriation. Several difficulties have delayed the repatriation that should have taken place a few months ago. Apart from the Covid-19 pandemic, the major difficulty was related to the insecurity in the areas of return of the refugees, especially in the state of Borno, the zone of origin of 80% of the refugees living in the camp of Minawao, explains Mylène Ahounou, the head of the UNHCR sub-delegation in Maroua.

For the record, after the meeting of the Technical Working Group (TWG) held in Yola in July 2019, the first convoy of repatriation of Nigerian refugees in Adamawa and Bauchi States by plane was launched on August 22nd, 2019.

Let’s recall that the Tripartite Agreement for the Voluntary Return of Nigerian Refugees was signed on March 2nd, 2017, between the Governments of the Republic of Cameroon, the Federal Republic of Nigeria, and the UNHCR.

Initially built to accommodate 20,000 refugees, the Minawao camp located 70 km from the Cameroon-Nigeria border has been overwhelmed for years. The 623-hectare site is no longer able to cope with the arrivals of refugees from Nigeria.

Nearly 8 years after its opening on July 2nd, 2013, Minawao is crumbling under the weight of nearly 50,000 additional refugees. A second site was to be granted to the UNHCR in 2015 in the locality of Tchéré located about 15 kilometers from Maroua. But for the past five years, the project has been struggling to materialize.