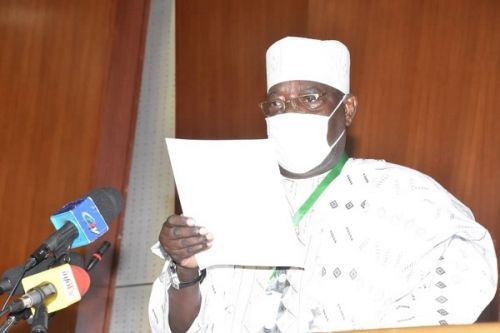 The President of the National Assembly last week gave his impressions on the way the government is handling the current crisis of the Cameroonian teachers' corporation. Cavaye Yéguié Djibril (pictured) said it seems the government is not taking the matter as seriously as it is.

"State personnel should not be treated with any nonchalance," he said. Let’s note that the teachers' strike that lasted from February to March this year highlighted some weaknesses within the government. The Minister of Secondary Education openly accused his colleague in the Civil Service of the slowness in processing files, one of the reasons for the teachers' anger.

According to the President of the National Assembly, the lack of diligence in the processing of files for integration, advancement and other career acts are a breeding ground for corruption. Cavaye Yéguié Djibril also invited the government to "learn all the lessons from this situation, to avoid similar problems in the future.”