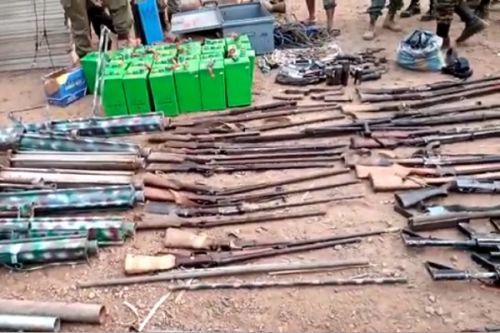 On May 10, during an interview on state television CRTV, Minister of Territorial Administration (MINAT) Paul Atanga Nji revealed that 37,000 illegal weapons had been seized in different regions in the country.

He also indicated that dozens of artisanal weapon factories had been destroyed, especially in the Northwest and Southwest where armed separatists are active since early 2017.

In May 2018, the minister warned about the proliferation and circulation of all types of weapons explaining that such a situation was worrisome since it is a threat to national security.

“The situation is being worsened by weapon sellers who, despite the legal provisions, fail to systematically update the physical and digital databases that would help trace firearms to their original buyers,” he said.

Authorities also reckon that the eastern region is conducive to the circulation of weapons, especially because of the security situation that is persisting in the Central African Republic for years now. Indeed, several armed gangs are active along the border shared by Cameroon and this neighboring country.