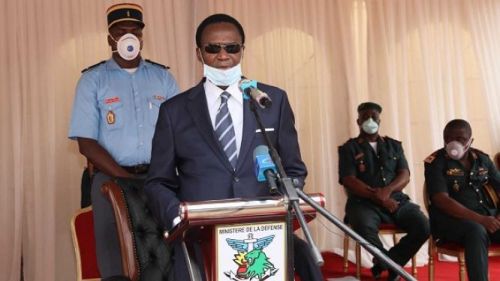 Upon returning from a mission to Buea and Kumba in the Southwest, the Minister Delegate of the Presidency of the Republic in charge of Defense (Mindef) visited the wounded soldiers at the military hospital in Douala on November 10, 2020.

The soldiers took that opportunity to remind the official that their premiums are still unpaid. Responding to their demand, Joseph Beti Assomo said: "I would like to reassure them (the soldiers, ed) that we have taken their claims into account. I have a detailed list of those concerned." He stressed that the list has already been forwarded to the Commander of Joint Military Region 2 for verification.

Commander Bède Benoît Eba Eba will have to ensure the relevance of the claims, and identify whether an injured element retains his or her right to premiums.  Then, the minister said, it will be necessary to shed light on the use of premiums made available by the hierarchy, but not paid to the beneficiaries.

During this visit, Minister Joseph Beti Assomo said: "we bring to all these wounded the message of encouragement from the President of the Republic." To the injured who require emergency medical evacuation to appropriate centers abroad, Joseph Beti Assomo assured that measures will be taken as soon as possible.