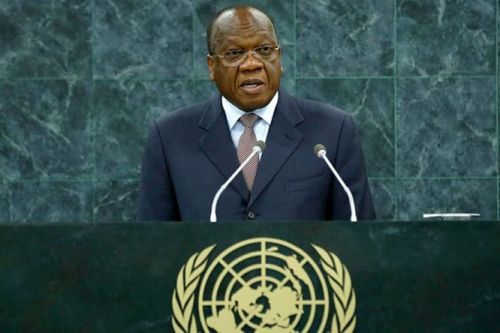 François Louncény Fall, the Special Representative of the UN Secretary-General and Head of the UN Regional Office for Central Africa, was received in audience on 13 May 2020 by President Paul Biya.

The UN envoy described the meeting as “frank and fruitful” saying it helped him “take stock of the political, economic and social situation not only in Cameroon but also in the entire sub-region,” with special emphasis on security issues and integration problems.

“The Head of State spoke about all the measures Cameroon is taking to deal with this pandemic. I take this opportunity to give the full support of the United Nations to all initiatives that are being taken in this direction,” Louncény Fall said.

Referring to the security situation in the country, particularly in the north-west and south-west regions, Mr. François Louncény Fall said he had found in the Head of State “an attentive and informed observer on the challenges facing Cameroon and on the government's provisions to strengthen Cameroon's stability and cohesion.”

The special representative of the UN Secretary-General said he left this audience “comforted, knowing that the wisdom of the president will continue to help and guide the actions that are being taken to ensure that Cameroon remains a united and stable country.”