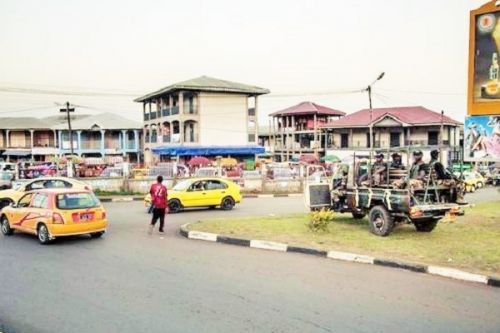 It is one in a series of police station attacks carried out today leading to fights between the suspected separatists and government forces.

During the fight, a cab was set ablaze and the gunfires were so loud that they could be heard as far away as Ekona, some 14 kilometers from Buea.

The local sources explain that the Fako Action Force militia is suspected to be the separatist group behind that attack. However, there is currently no official information about the perpetrators.

For several weeks now, attacks against the army have been increasing in the Northwest and Southwest regions. In the Northwest, secessionist militias are increasingly resorting to IED attacks. For instance, many army patrols fell in roadside IED ambushes.

In early June, at least four such attacks were recorded in Nkum, Kumbo, and Kishong in the Bui department, in the Northwest. To put an end to these attacks, the army carried out a multi-day operation in the department to track down the perpetrators.