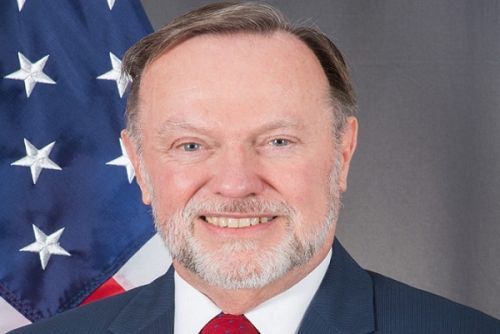 On October 13, 2021, the former US secretary of State for African Affairs Tibor Nagy criticized France for its support to the Cameroonian government in the Anglophone crisis issue.

“France has been a strong supporter of Francophone rights for Quebec in Canada - Prez De Gaulle even declaring "Vive le Quebec Libre!" How about equal support for Anglophone rights in Cameroon? What's the difference in human terms?” he tweeted.

This is the second time within fourteen days he is criticizing the country in the framework of the Anglophone crisis raging since late 2016.

“Cameroon’s Anglophone crisis is 5 yrs old, but the fundamental problem goes back to colonialism. Can’t understand why France doesn’t see its long-term interest is in helping the Anglophones gain their rights rather than supporting Yaoundé's scorched earth policy which can't win!” he tweeted on October 1, 2021.

France is always accused of being soft on the ruling Cameroonian government concerning the Anglophone crisis. To defend its views, the country always points out that only dialogue can prevail.

"Only dialogue will help respond, in a peaceful and concerted manner, to the concerns of all the involved parties, while respecting the unity and integrity of the country. This is the message we are passing to Cameroonian authorities, in close collaboration with our European and international partners,” said French Minister of Foreign Affairs Jean Yves Le Drian in February 2018.

After the Major National Dialogue convened in late September 2019 by the President of the Republic to find a solution to the said crisis, France praised the resolution taken during the dialogue.

"Our wish is to support the peace, and appeasement resolutions elaborated for days and weeks after the major national dialogue to help Cameroon regain its serenity,”  Jean Yves le Drian said.