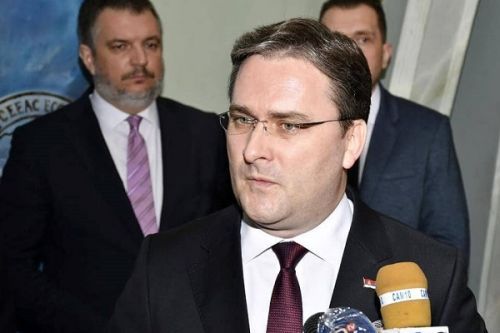 "During sustained discussions (...), the two officials, for about 50 minutes, exchanged on the mechanisms to be implemented to revitalize the cooperation between the two countries and, enhance it by extending it to new sectors,” reads a release published by Cameroon’s Ministry of Foreign Affairs.

“They also explored the creation of chamber of commerce in Douala or Yaoundé to facilitate trade exchanges,” reports government daily  Cameroon Tribune.

Order of the Republic of Serbia

The Serbian government official took the opportunity of this working visit to congratulate Cameroon’s President, Paul Biya, "his role in strengthening peaceful cooperation and friendly relations between the Republic of Serbia and the Republic of Cameroon."

He then awarded President Paul Biya the Order of the Republic of Serbia, the highest state order in Serbia. The honorary award was handed to Prime Minister Joseph Dion Ngute.