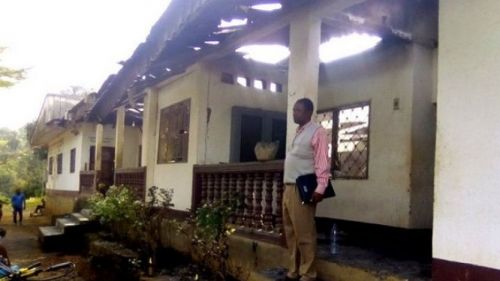 Anglophone crisis: Five embassies call for an end to attacks on schools

In a joint statement signed yesterday February 14, the heads of the diplomatic missions of Canada, Norway, South Africa, Switzerland, the United Kingdom, and the United States in Cameroon called parties to protect schools against attacks in the Anglophone region. "We (...) urge all the parties to respect UN Security Council Resolution 2601 on the protection of education in armed conflict and to take bold steps to ensure that children can go to school safely," the document reads.

The diplomatic representatives explain there is an urgent need to "stop attacking schools, teachers, and children, publicly support the right to go to school and ensure that those who deny access to learning spaces are held accountable.”

The diplomats point out that "more than 700,000 children have been affected by the forced closure of schools in northwest and southwest Cameroon. For many of them, this is the fifth consecutive year of limited or no access to school.”

The plea of these diplomatic representations comes in a context of increasing attacks against schools, students, and teachers. On the night of February 10-11, an about 100-year old school was attacked by separatists. No casualties were reported but some buildings were set ablaze.

Last November, three students, and a female teacher were killed in an attack on the Government Bilingual High School Ekondo-Titi. Also, in January, four teachers were abducted from the Weh bilingual high school, in the North-west.